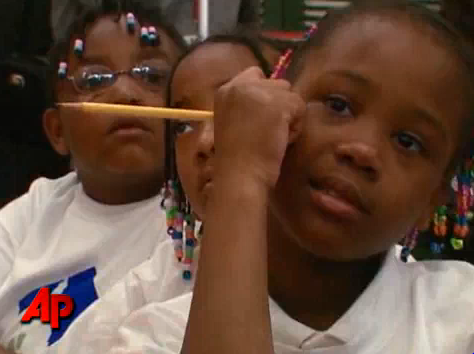 In the first of a three part series the Associated Press takes a look at the massive budget cuts that are affecting our public schools.

The cuts are affecting public schools all over the U.S., forcing the layoff of thousands of teachers and cutting into school programs.

Larger class sizes, canceled summer schools and reductions or eliminations of anything that is not a core subject are about to become the norm

In California alone, 23,000 teachers are being laid off.

Education Secretary Arne Duncan is seeking 23 billion dollars in emergency funds from Congress in an effort to limit the damage.

"We can't afford 150-300,000 teachers on unemployment rolls," he says. We want Congress to take action now. This is not something they can debate for 4-5 months then do something in September or October, it's too late."

This is the future of our country we're talking about. If we can afford to pay for wars in Iraq and Afghanistan, we should be able to afford bigger budgets to take care of our public schools.