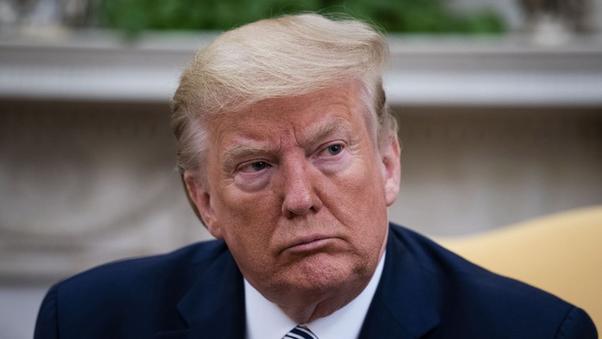 President Donald Trump set off a "five-alarm fire" in the White House on Sunday morning after he retweeted a video of one of his supporters saying "white power," according to two White House officials.

The video remained on the president's Twitter page, where he has 82 million followers, for more than three hours because White House officials couldn't reach him to ask him to delete it, the two officials said. The president was at his golf club in Virginia and had put his phone down, the officials said.

Sen. Tim Scott, R-S.C., added to the urgency when he called the tweet "indefensible" and demanded that the president take it down during an interview on CNN, the officials said.

Once officials were able to reach the president, he agreed to delete it, they said.

White House press secretary Kayleigh McEnany and senior adviser Jared Kushner were among those trying to contain the fallout. McEnany said Monday that Trump had watched the video before retweeting it but didn't hear his supporter say "white power."

Officials said the president gets a deluge of content from aides and allies, with one of them saying the "white power" incident was a "lesson to all of us in the White House to be more aware of what's out there."

Just in cased yall missed it before he deleted it. Here is a screen recording i took of @realDonaldTrump thanking a white supremacist for yelling white power at protestors @AOC pic.twitter.com/6E7JfNbajN