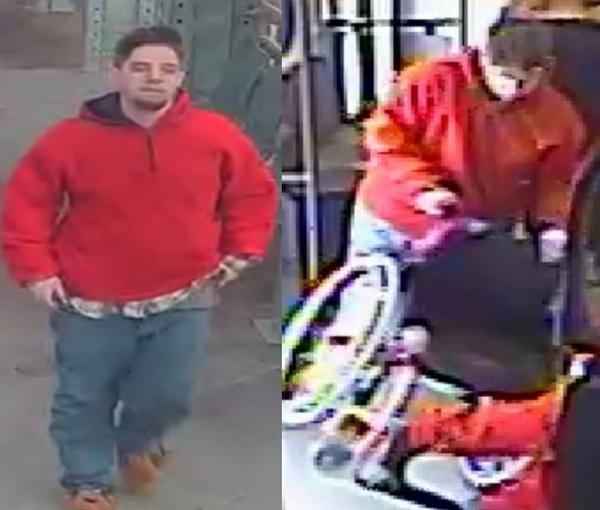 PHOENIX — A man was caught on video in Phoenix on Friday attempting to steal a wheelchair from a woman while she was still sitting in it.

The incident occurred at 3:40 p.m. inside a light rail car at the Jefferson Street stop, according to authorities.

Authorities also say that the victim screamed for help and fell from her wheelchair.

The suspect then tried to exit the light rail car with the wheelchair, but nearby bystanders came to the aid of the victim and halted the thief before he fled on foot.

Authorities describe the suspect as a white male, age 22-28, 5-foot-6 to 6-foot, 200-215 pounds, dirty-blonde hair, a goatee and is wearing a red hoodie sweatshirt, blue jeans and reindeer slippers.

The victim has not been identified at this time, but authorities said that she only suffered bruising and soreness.