Phil Spector sentenced to 19 years to life for the murder of actress Lana Clarkson; appeal expected 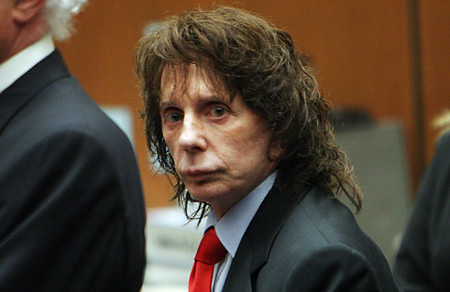 Mop-topped music pioneer Phil Spector was sentenced to 19 years to life in prison Friday for the murder of B-movie actress Lana Clarkson at his castle-like mansion in 2003.
The Bronx native, now 69 and ailing, pioneered the "Wall of Sound" recording technique and produced such cultural touchstones as The Righteous Brothers' "You've Lost That Lovin' Feeling," and The Ronettes' "Be My Baby."
Spector had fallen into virtual obscurity by the time of the shooting but regained international notoriety with tales of his drunken gunplay and the outrageous frizzy wigs he wore at back-to-back criminal trials.
The first trial resulted in a hung jury. The second jury found him guilty of second-degree murder. He's vowed to appeal.
Clarkson, 40, appeared in the 1985 cult film "Barbarian Queen" and met Spector for the first time only hours before she ended up dead in the foyer of his Alhambra, Calif., house with a gunshot wound to her face.
Spector has maintained his innocence, saying Clarkson was despondent over a failed acting career and put the gun in her mouth before pulling the trigger.
Prosecutors said the reclusive and mercurial Spector murdered Clarkson when she tried to flee his home before he was ready to say goodbye.

Comment by Bpayne on May 29, 2009 at 4:02pm
You know that crazy muthafucka was on all kinds of drugs