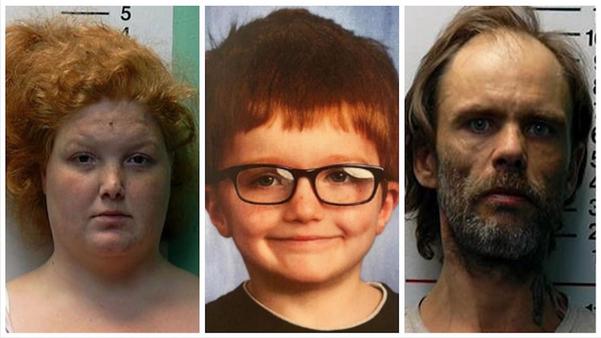 MIDDLETOWN, Ohio (FOX19) - The Middletown mother charged with killing her 6-year-old son is accused in new court records of, along with her boyfriend, hog-tying the boy & his 2 siblings up by their hands & feet, putting cloth in their mouths, & leaving them that way for hours leading up to his death.

This was done “with purpose to terrorize and/or inflict serious harm” to the children, prosecutors wrote.

According to Middletown police, Brittany Gosney confessed to killing her youngest child on Feb. 26 as he tried to get back into her minivan when she abandoned him & his & siblings, 9 & 7, at Rush Run Wild Life Area in Preble County.

Gosney left the park but went back for the children about 30 or 40 minutes later, police have said. She put them in the van & returned to their Middletown home.

That’s where prosecutors say Gosney and her boyfriend, James Hamilton, put her son’s body in a spare room & left it there 48 hours before driving to the Ohio River in Lawrenceburg, Indiana.

At some point, a concrete block was tied to the first grader’s body before they threw it into the water.

The latest court records also allege Gosney & Hutchinson removed the hard drive from video cameras at their residence along with tape & rope & hid them at another location.

Gosney, 29, & Hamilton, 43, face a combined 31-count indictment in connection with the slaying of her son.

Both initially pleaded not guilty, but now Gosney is pursuing the insanity defense & changed her plea to not guilty by reason of insanity.