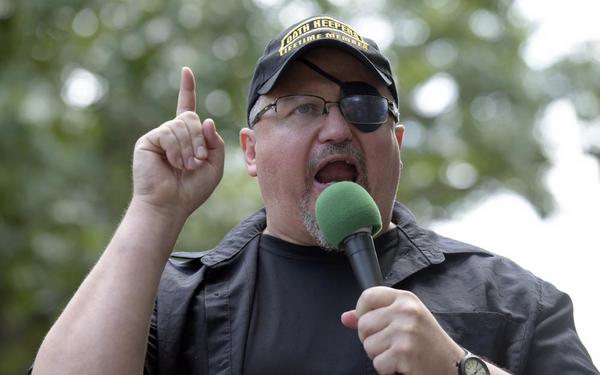 (CNN) The Justice Department escalated its January 6 investigation by bringing seditious conspiracy charges against 11 defendants, including the leader of the Oath Keepers, Stewart Rhodes.

The latest accusations -- with a charge that had not previously been brought in the department's US Capitol attack prosecutions -- remove any sense that prosecutors believe the riot emerged from just a group of overzealous protestors, with new details about the planning and logistics alleged to have predated the Capitol breach.

The Justice Department until now had been careful not to push the idea of sedition, instead charging defendants affiliated with right-wing groups with conspiracy to obstruct the congressional proceeding on January 6. The seditious conspiracy charge carries the same possible consequence as an obstruction charge, but is rarely used, politically loaded and has been difficult for the Justice Department to use successfully against defendants in the past.

The new indictment brings to light planning the Oath Keepers are accused to have done ahead of the Capitol attack, as they allegedly recruited members, stocked up on weapons and organized to disrupt Congress' certification of the 2020 election. Prosecutors say they also continued to plot "to oppose by force the lawful transfer of presidential power" after the Capitol riot failed to block the electoral college vote, according to a Justice Department statement on Thursday.

One Oath Keeper claimed to travel to Washington, DC, for a scouting trip ahead of January 6, according to the indictment. The new court filings also detail accusations that the defendants stashed weapons at a Virginia hotel and that they were prepared to "rapidly transport firearms and other weapons into Washington, D.C." to support the efforts to stop the presidential certification vote.