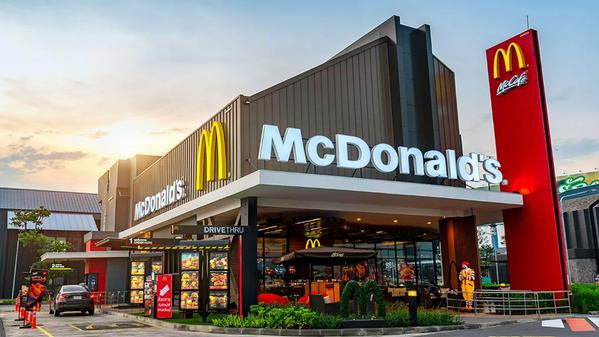 NEW YORK (CBS New York) -- A 23-year-old man is in critical condition after police say he was shot on the job at a McDonald's in Brooklyn.

The shooting happened at around 7 p.m. Monday outside the restaurant on Fulton Street in Bedford-Stuyvesant.

"That something could happen like that over something so simple as food, like that's crazy," one person in the neighborhood said.

"He was working, at work, this happened at work? It's kind of sad, because he's trying to make a living," another person added.

It started when a customer, who was angry her fries were cold, approached the worker & started arguing with him.

The argument moved outside & that's when, sources said, the woman called over her 20-year-old son to "take care of the problem." He then pulled out a gun & shot the employee in the neck.

The worker was rushed to Brookdale Hospital & the son was taken into custody.

"I'm deeply concerned. My children have come to this McDonald's over the years & from time to time I have meetings in this McDonald's," said Rev. Conrad Tillar. "It's sad. It shows that we're in a level of crisis in this city."

Duddridge spoke with a man who works at another fast food spot. He said he's thankful his boss recently installed a glass barrier, but staff are still scared.

"One of our workers, he called me today, he don't want to work no more... because of this. They said they're scared," Habib Sayed said. "That's why I don't want to work at night. I told my boss, if you want to pay me like $100 an hour, I'm not going to work, because it's crazy."

Police said there did not appear to be any previous connection between the employee & the suspect.