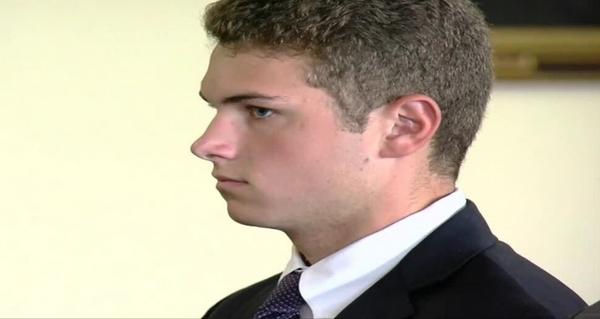 Christopher Belter was sentenced to 8 years probation, Tuesday, after he previously pleaded guilty to 2 counts of second-degree sex abuse, third-degree attempted abuse & third-degree rape. Belter will also have to register as a sex offender.

The sentence was handed down by Niagara County Judge Matthew Murphy, who said he believed jail time for Belter would be inappropriate.

“I agonized — I’m not ashamed to say that I actually prayed over what is the appropriate sentence in this case. Because there was great pain. There was great harm — There were multiple crimes committed in the case,” Murphy explained. “It seems to me that a sentence that involves incarceration or partial incarceration isn’t appropriate, so I am going to sentence you to probation.”

The crimes took place between 2017 & 2018 at Belter’s home & involved several girls who were 15 and 16 years old. Belter was charged in 2018 when he was 17 years old & pleaded guilty to the crimes the following year. He was sentenced to 2 years interim probation & would have been granted youthful offender status had he successfully completed his probation.

However, he was denied youthful offender status for violating his probation by bypassing monitoring software on his computer to view pornography.

“I am deeply, deeply disappointed. I expected a different outcome today,” Steve Cohen, an attorney for one of the victims, told WKBW. “Justice was not done today.”

“He is privileged. He comes from money. He is white. He was sentenced as an adult, appropriately — for an adult to get away with these crimes is unjust,” Cohen added.