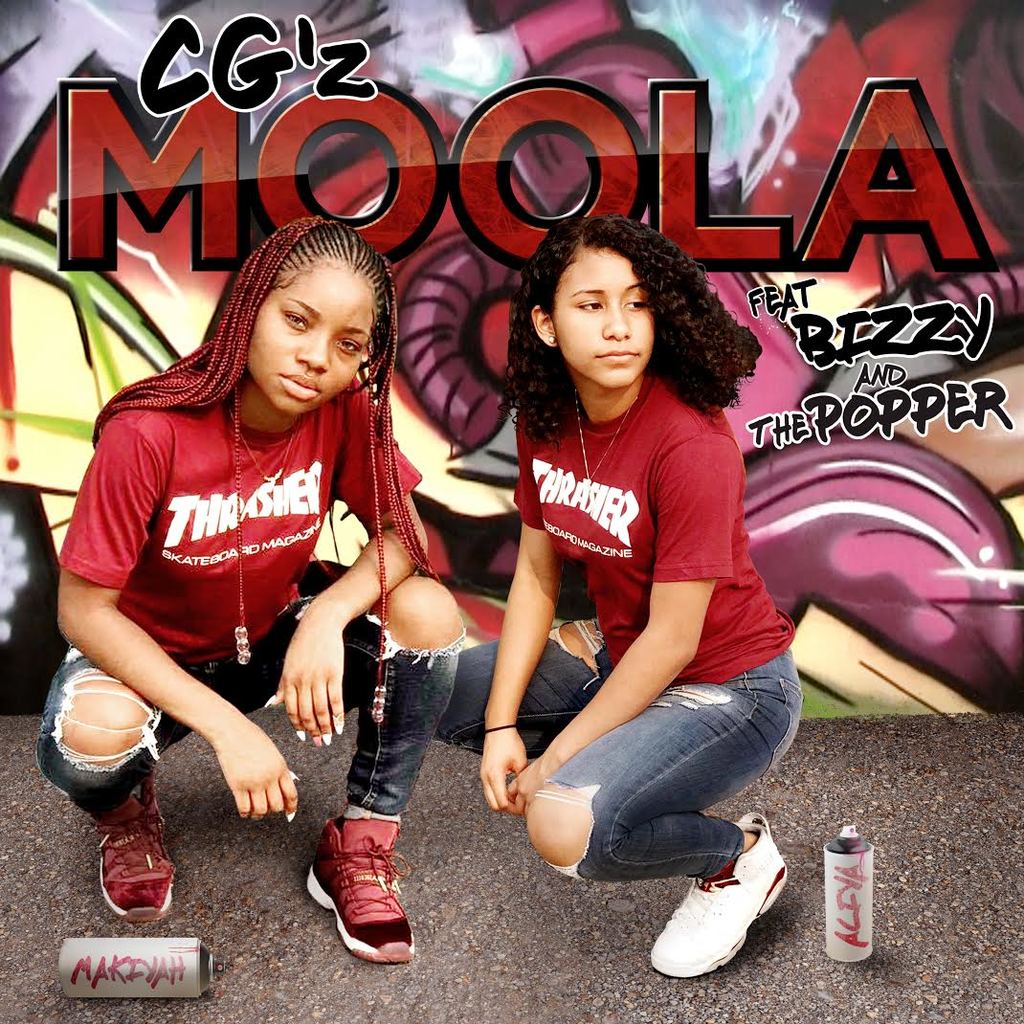 The CG'Z (formerly known as the Candii Gyrlz) are best described as "Nuwave Feel Good Hip Hop with and Old Skool Twist"!! Hailing from the center piece of America, Topeka Kansas, The CG'z prove phenomenol talent can come from anywhere. Makiyah Boyd (16)and Aliya Hazim (14) are a Hip Hop group who have a style all their own and are said to make crowds Happy and joyful from their energy and positive vibes.

The CG'z recently made Local and national news and were included in the Washington Times. The CG'z were also the 1st chosen by the number 1 digital international magazine since 2002 "The Hype Magazine" for #HypeKansas. This is an award for the activity and movement as well as potential for up and coming artist. The Hype Magazines editor in Chief Jerry Doby also did a very nice article on them as well in issue #97. Midwest independent mogul "Rich The Factor" put them on his KC's the Town Compilation. He also quoted "When I first heard them I was like WOW, them gyrlz is Hard"!!!

The CG'z plan on merging into fashion and acting as well as all around entrepreneurship. Their management team is based in Atlanta Ga, Nashville TN and Topeka KS and have huge plans to not keep them boxed in to only music. The CG'z have also got the attention of some grammy nominated producers who management is in the midst of discussing future endeavors.

Mark your calendars for October 3rd 2017 for the release of the debut single "Moola" featuring Bizzy and The Popper. Don't forget to pre order the entire Album "NuWave67" available on all music outlets. This is Nuwave Feel Good Hip Hop with an Old Skool Twist, come be a part of the future of Hip Hop.
Twitter: @candiigyrlz
IG: @officialcandiigyrlz
FB: officialcandiigyrlz