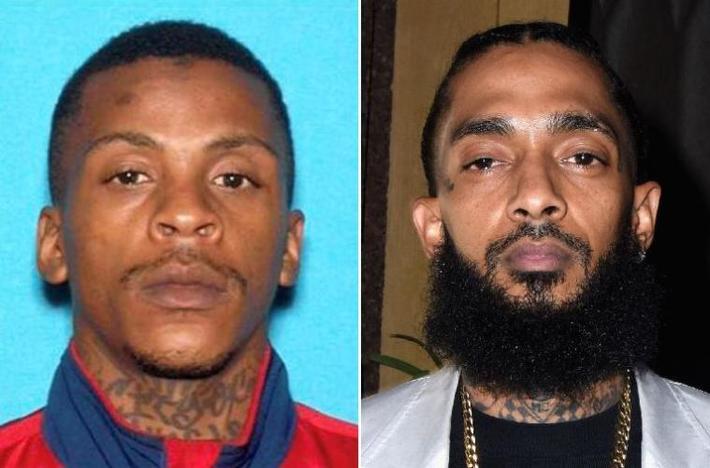 Holder was indicted May 9 on one count of murder, two counts each of attempted murder and assault with a firearm and one count of possession of a firearm by a felon, spokesman Greg Risling said in a statement Tuesday, after the indictment was unsealed.

It includes allegations that Holder "personally used a handgun and caused great bodily injury and death."

Prosecutors previously charged Holder with the same counts, but the indictment means they can skip a preliminary hearing and head to trial.

The 29-year-old suspect pleaded not guilty to all charges Tuesday and is due back in court for a pretrial hearing in June. His bail has been set at $6.53 million.

He's accused of gunning down Hussle, 33, whose real name was Ermias Asghedom, outside of the rapper's clothing store in South Los Angeles on March 31. Two others were wounded during the incident.

Holder was arrested April 2 after a nearly 48-hour manhunt.