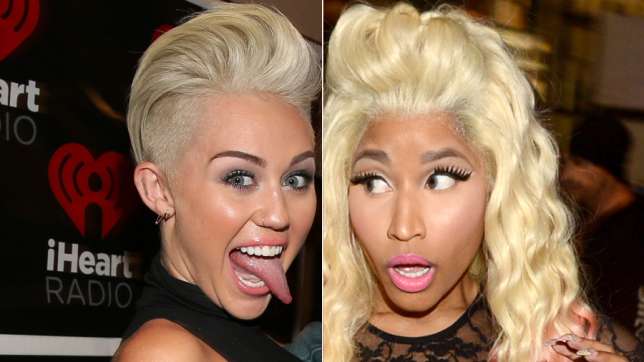 During an interview with The New York Times last week, Miley Cyrus, gave her opinion on the recent Nicki Minaj vs. Taylor Swift spat that sparked, then flamed out just as quickly.

"What I read sounded very Nicki Minaj, which, if you know Nicki Minaj is not too kind," Cyrus said. "It’s not very polite. I think there’s a way you speak to people with openness and love. You don’t have to start this pop star against pop star war. It became Nicki Minaj and Taylor in a fight, so now the story isn’t even on what you wanted it to be about. Now you’ve just given E! News “Catfight! Taylor and Nicki Go at It.” While accepting her award for Best Hip-Hop Video for “Anaconda" at the MTV VMAs on Sunday August 30, Nicki used the opportunity to fire back at the show's host.

“Back to this bitch that had a lot to say about me the other day in the press; Miley, what’s good?" Nicki said before her mic was cut off.

Miley quickly responded: “Hey, we’re all in this industry, we all do interviews and we all know how they manipulate shit. Nicki, congratulations.”

Take a look at the exchange below.