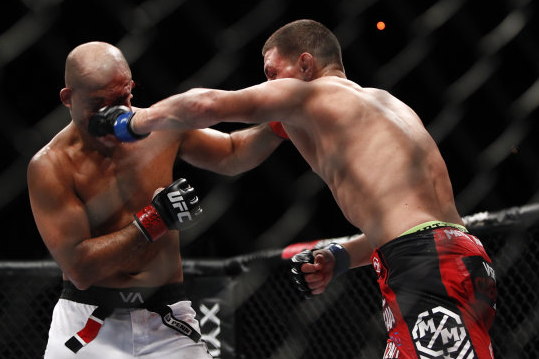 
In what turned out to be one of the most exciting main event fight at a UFC event, Nick Diaz and B.J. Penn went toe to toe for three rounds in a fight eventually won by Diaz.


After a first round where Penn looked to have the advantage, Diaz poured it on in rounds 2 and 3, en route to a unanimous decision at the Mandalay Bay Events Center in Las Vegas at UFC 137.


After the fight Diaz called out UFC Welterweight Champion Georges St-Pierre, who was sitting ringside.


"I don't think Georges is hurt," Diaz said. "I think he's afraid to fight anybody."


St-Pierre was forced to pull out of his scheduled fight with Carlos Condit because of a knee injury suffered in training camp.


St-Pierre and Diaz were initially scheduled to fight each other Saturday, but Diaz missed two press conferences to promote the fight and UFC president replaced him with Condit.


White announced at the post-fight press conference that the Diaz/St-Pierre has been re-booked. The fight will now take place on Super Bowl Saturday next February.


According to White, St-Pierre is really angry at Diaz's post fight comments and plans to take it out on him in the ring.


“I’ve known GSP since 2004, he’s one of the nicest guys I’ve ever met,” White said. “GSP flipped out tonight when Nick was in the ring. Nick needs motivation, he’s got it. He’s gonna fight GSP.”


“He’s the most disrespectful human being I’ve ever met, and I’m going to put the worst beating you’ve ever seen on him,” White told the media on St-Pierre’s behalf.


Penn announced after the fight that he planned to retire.


"This probably the last time you will ever see me in here," Penn said after falling to 16-8-2. "I've got a daughter at home, another on the way. I don't want to go home looking like this; I'm done." 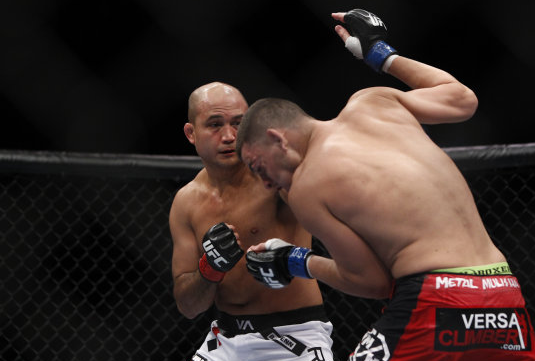 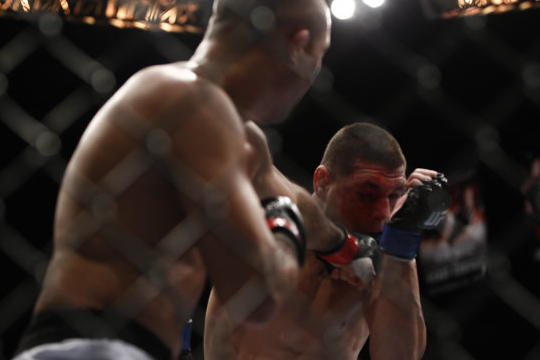 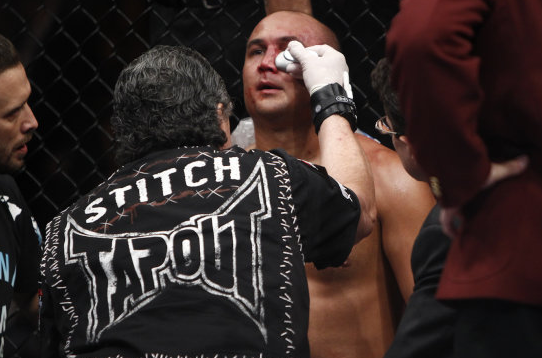 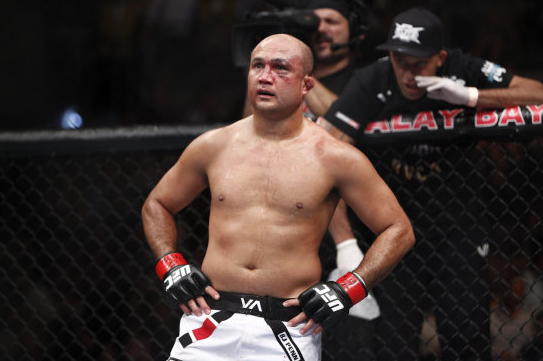 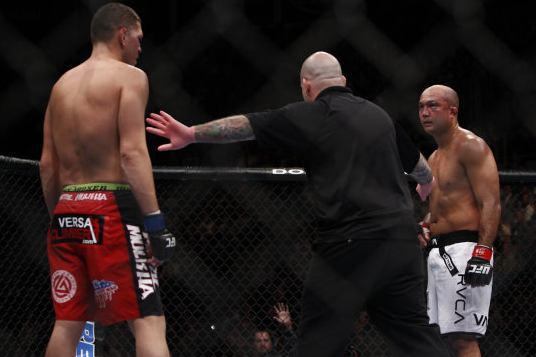 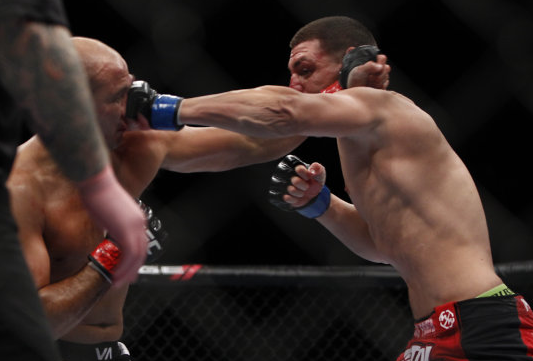 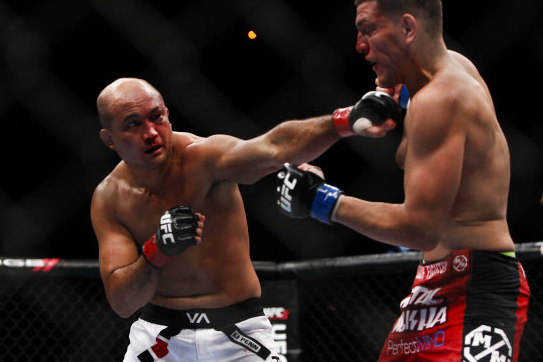 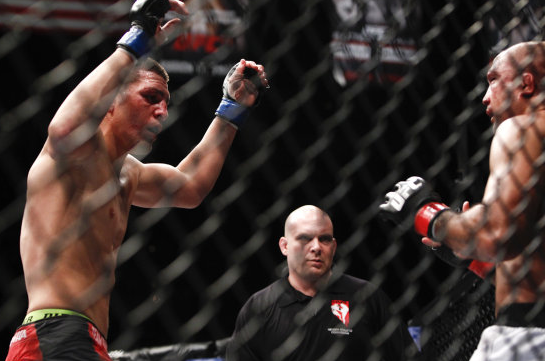 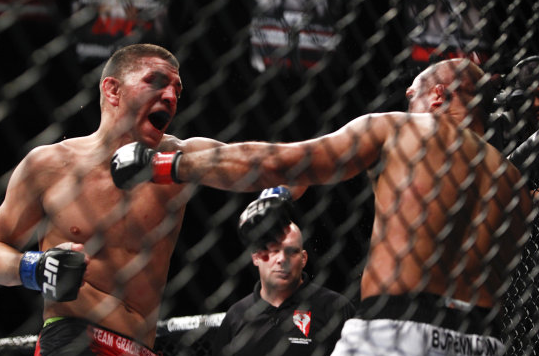 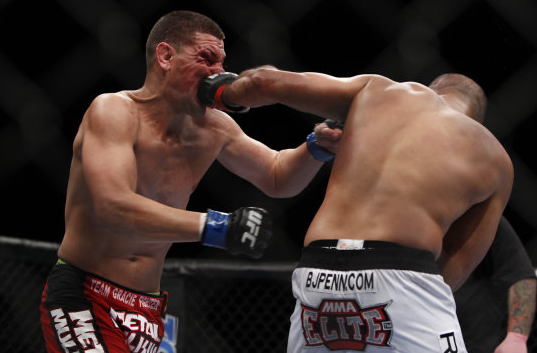 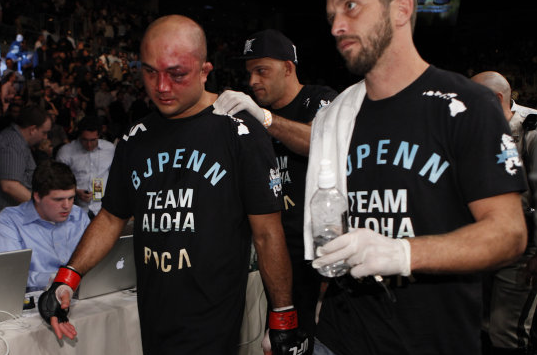