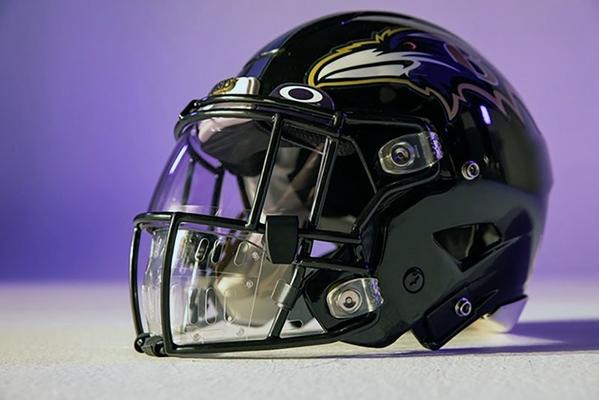 The NFL has unveiled a face shield prototype that it believes will be a better option than masks to help thwart the on-field spread of COVID-19.

The device revealed on Monday called the Oakley Mouth Shield was developed by Oakley in collaboration with the NFL and NFL Players Association. The league hopes that it’s a more attractive option for players who have pushed back on the idea of wearing masks during gameplay.

The shield is still a work in progress. Whether a finished product will be mandated is unclear. There is no mandate as of now.

Chairman of the NFL’s Engineering Committee Dr. Jeff Crandall told the Associated Press that the league has worked with players to get feedback on the device and will continue to do so.

“The player feedback was integral in coming up with this design,” Crandall said. “They [Oakley] would start with this design and say: ‘Do you like this one better or this one? How’s your field of view on this one?’

“At the end, they did have feedback from players. This was their choice for the players they’ve evaluated so far. I think each player is going to have an evaluation for themselves in terms of exactly how they favor one concept versus another.”

Developing the shield into a device that players will be comfortable wearing is paramount to its viability. Players will likely balk at a device that restricts their vision, which could present safety concerns beyond that of COVID-19.

Houston Texans defensive end J.J. Watt already said that he might sit out the season if the NFL mandates face shields after he had a poor experience wearing a visor.

NFLPA medical director Dr. Thom Mayer told ESPN that visibility and breathability have been the biggest concerns voiced by players in the initial development stages. He said that “claustrophobia has not been an issue yet” among the few players who have tested the device.

The shield is clear and has plastic slits. The idea is to block droplets from players’ mouths and noses from spreading while discouraging players from touching their faces during gameplay.

“Clear plastic with slits or holes in it that block any direct path of a droplet, but do promote air flow, communication, soundwaves,” Crandall said.