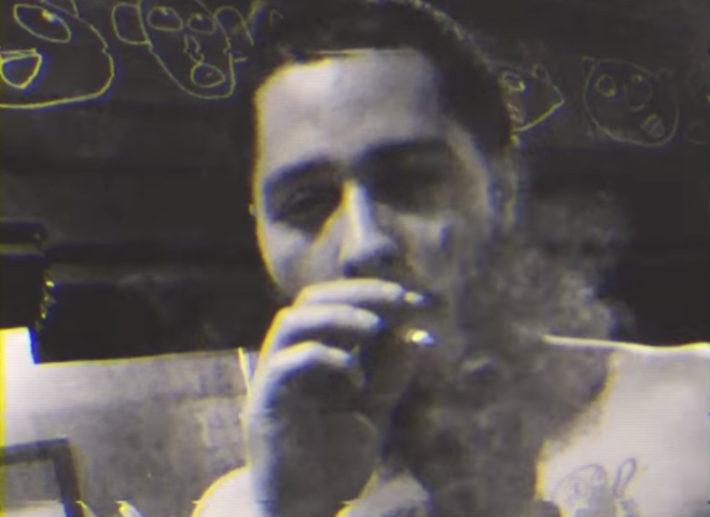 The New Single off the album "HELLS ROOF"

Accomplished hip-hop producer and founding member of Cypress Hill, DJ Muggs has announced the details for his new collaborative album with Rochester spitter Eto entitled "Hell's Roof". The news of the new album comes accompanied by a slick new visual for the track "Holy Wine" online. The duo's new album will drop across all digital platforms on March 1st, 2019 via Soul Assassins Records and is now available for pre-order in vinyl, cassette, a deluxe edition CD online at wwwSoulassassins.com.

"I had just finished the 'Kaos' album and wanted to work with someone new, and relatively unknown. I was talking to Meyhem Lauren one day and asked him if he knew any dope MCs. And he said he knows this kid from Rochester, New York named Eto and he’s dope. So I sent him a track for the 'DIA DEL ASESINATO' album and he destroyed it," remembers DJ Muggs. "So after that we started doing a new song here and there. I asked ETO if he had an idea for an album title and he said 'Hells Roof', which is a name they call his home turf. When he said it I immediately knew that's it."

"Hell's Roof is a name we call Rochester, because it's our stomping ground, and the dark sound that Muggs provides is the perfect backdrop," says ETO.

"HELLS ROOF" is a 12-song album that paints a dark picture using haunting samples and dense drums, and introspective rhymes that tell a dark story about the life in a city that ranks among the poorest in the entire country. According to a census poll, 33% of Rochester’s residents currently live in poverty and a staggering 50% of children live below the poverty line, which ranks inside the Top 10 for worst in the entire country. With poverty reaching epidemic levels, residents turn to life on the streets as a solution and the city of Rochester's violent crime rate is 151% higher than in comparison to the New York average per capita. The combination of the legendary West Coast producer and the young fiery spitter with roughneck verses creates a powerful sound on “HELLS ROOF”.

A limited-edition vinyl version of "HELLS ROOF" vinyl will be released via Rappcats with unique packaging that is limited to just 150 units.

The tracklisting for DJ Muggs x ETO "HELLS ROOF" album is as follows: