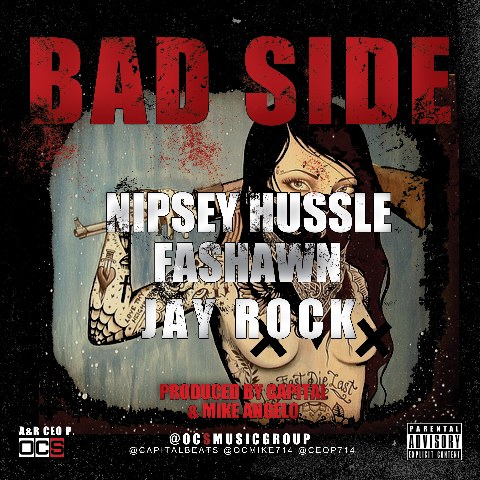 The OCS is keeping the momentum up with the release of their second single "Bad Side," from their debut EP "The RPD20X Project." The heavy guitar driven track features a perfect mix of backpack meets street with verses from West Coast GIANTS Nipsey Hussle, Jay Rock, and Fashawn. This and several other songs featuring all your favorite West Coast rappers will be available next Tuesday MAY 8TH .

In addition to "Bad SIde" the Cali trio also released the official album cover for The RPD20X Project EP. The OCS has been spending the last few months completing the highly anticipated and long awaited project. The album cover, which features 2 hot girls who are not part of the group, definitely has a " creative " vibe all while somewhat representing the musical feel of the album.

The OCS decided to recruit some of the hottest West Coast talent for The RPD20X Project including Kendrick Lamar, Nipsey Hussle, Fashawn, Crooked I, Jay Rock and many more.

You may remember The OCS from last year when they dropped their "Hometown" video featuring Jay Rock, Glasses Malone, and Scipio. Now they are ready to give you the entire release on May 8.