NEW YORK (Billboard) – Detroit rapper Hayes takes inspiration for his mixtapes from -- of all things -- magazines.
"I want to give people a little taste of what a Hayes album would be like," he says. "It's like getting a trial subscription to your favorite magazine -- you get my music for free, you get to know me, and then hopefully you'll appreciate me enough to come back and support me." Tellingly, neither of Hayes' two mixtapes -- 2006's "24 Songs of Power" and 2010's "The First 48" -- traffic in two staples of the form: beats lifted from other official songs ("jacked beats," in mixtape parlance) and DJ scratches.

"I have my own format," Hayes says. "I like to use original beats. I call my mixtapes 'street albums' -- I don't like to rap over other people's beats."

Hayes' self-reliance is about to pay dividends: Two months ago he signed to Interscope through a joint deal with producers Timbaland's Mosley Music Group and Dr. Dre's Aftermath Records.

"For Tim, it wasn't just Hayes' lyrical prowess but his craftsmanship that really caught his ear," says Rick Frazier,
Hayes' manager and vice president of Mosley Music Group. It was the entire package, Frazier says -- from lyrics to the original production by his in-house team, the Breakfast Club -- that got Hayes noticed.

Following the mixtape-to-major-label success in 2009 of Toronto rookie Drake and Atlanta's Gucci Mane, labels are taking a new look at artists who make professional-caliber mixtapes -- a highly personalized form of unauthorized music compilation -- their calling card. In addition to Hayes -- who's touring with Timbaland and has started recording his debut album -- up-and-coming Houston rapper Chalie Boy and Atlanta-born Pill recently signed to labels on the strength of their mixtapes.

Nicole George, vice president of the rhythm and soul membership department at performance rights organization ASCAP (American Society of Composers, Authors and Publishers), says that her team listens to mixtapes and follows the industry talk, which leads them to artists and writers whom ASCAP could sign.

Chalie Boy put out mixtapes for a decade before recently signing to Dirty3rd/Jive/Battery Records. "As I was shopping around for deals, mixtapes kept my name afloat in the music industry," he says. "Eventually, the buzz off my mixtapes not only got me signed, but it got me paid work through features on others' albums and mixtapes as well as show performances."

Now, Chalie Boy is prepping the release of his major-label self-titled debut album; the lead single, "I Look Good," peaked at No. 20 on Billboard's Hot R&B/Hip-Hop Songs chart in December. 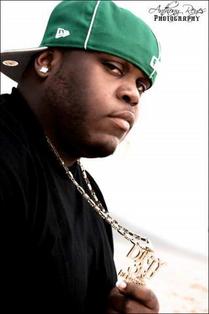 Another rapper, Pill, had the Internet buzzing the last few months with his own "4075: The Refill" -- hosted by DJ Skee and Empire and released in November -- as well as his February 2009 mixtape, "The Prescription." Both releases largely featured original production.

"Anyone can jack a beat, put hot metaphors together and sound convincing," Pill says of his decision to use new beats from the likes of Illfonics and Drum Majors. "I wanted people to hear me over original tracks. You can tell the difference between a mixtape artist and an actual artist who can make a real track."

Eskay, founder/owner of Nahright.com, a Web site focused on posting music by new hip-hop artists, notes that after Curtis "50 Cent" Jackson's underground tapes triggered a massive bidding war in 2002, "everyone jumped on the bandwagon and tried to release mixtapes at a rapid pace."

But quickness can be the death of quality -- and the industry is looking for polish, not just potential. Pill signed to Asylum at the end of last year following his own bidding war. "If you're putting out a mixtape that is on a level of most other artists' studio albums, then people will support your music," says Hof, of New Music Cartel's mixtape specialist OnSmash.com.

ROUTE TO THE CHARTS

Aubrey "Drake" Graham, a graduate of TV's "Degrassi High," stunned the hip-hop world in 2009. In February, he released "So Far Gone" for free on his own blog. In May, the song "Best I Ever Had" entered Hot R&B/Hip-Hop Songs at No. 78; by the end of June it topped the chart. Soon, the majors came in hot pursuit, and in midsummer Drake signed to Universal Motown. He has since collaborated with hip-hop's elite, including Jay-Z, Kanye West, Eminem and mentor Lil Wayne. Drake's early mixtape songs were released on an official EP, "So Far Gone," which has sold 344,000 copies in the United States, according to Nielsen SoundScan.

Gucci Mane's route to hip-hop stardom was far less direct. After leaving prison in March 2009 (on charges stemming from a 2005 conviction for aggravated assault), the prolific Atlanta rapper released a torrent of mixtapes -- "Writing on the Wall," "The Movie 3-D: The Burrprint!" and the three-part Cold War series ("Guccimerica," "Brrrussia" and "Great Brrritain"), among others -- all filled with original material.

During the summer he signed to Asylum, which released his second official studio album, "The State Vs. Radric Davis"; by then he'd already been featured on 12 charting songs, and his mixtape profile brought a string of klieg-light guest appearances, including spots on the remix of the Black Eyed Peas' "Boom Boom Pow" and Mariah Carey's "Obsessed." "Pow" reached No. 1 on the Billboard Hot 100, while "Obsessed" peaked at No. 7. "The State Vs. Radric Davis" has sold 215,000, according to Nielsen SoundScan. (Mane is back in prison for violating probation.)

Beyond generating sales and superstar hookups, mixtapes have garnered underground radio airplay and helped to nurture relationships with fans. After 50 Cent was shot nine times in 2001, his recording contract was terminated by Columbia Records. In turn, 50 Cent started to flood the streets with mixtapes that were built to dazzle.

"He revolutionized the art of stealing songs and changing hooks and getting more airplay for his version than even the original song," says Whoo Kid, a pioneering mix master known for releasing unauthorized music from the likes of the Notorious B.I.G. and 2Pac -- as well as for being 50's official DJ. 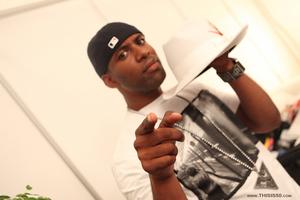 In 2006, industry vet Lil Wayne famously reinvented his career by releasing mixtapes featuring his hallucinogenic rapping over beats from recent hits. "Dedication 2," hosted by DJ Drama, came first, trailed a year later by "Da Drought 3." Although Drama was arrested in 2007, after a police raid of his Atlanta office over alleged bootlegging, Wayne, for one, wouldn't be slowed, releasing "Dedication 3" in 2008 and "No Ceilings" in '09.

"What happened to me hit the mixtapes circuit hard," DJ Drama says. "It's still in the rebuilding process, but 2009 proved that mixtapes are just as important to hip-hop music as they ever were. They're just changing with the times, much like the record industry."

For Hayes, Chalie Boy and Pill, the make-it-sleek lessons of Drake and Gucci Mane might have led them to record deals, but it's the entrepreneurial spirit of 50 Cent and Lil Wayne that's keeping them in business.

"Mixtapes will always be a viable marketing tool to help promote artists, whether there's money involved or not," Whoo Kid says. "I don't make most of my money selling mixtapes anymore, but I constantly give away tapes for free on the Internet, and I'm booked now through 2011 for paying gigs all around the world. Without that exposure, I won't be able to connect the dots in other ways."