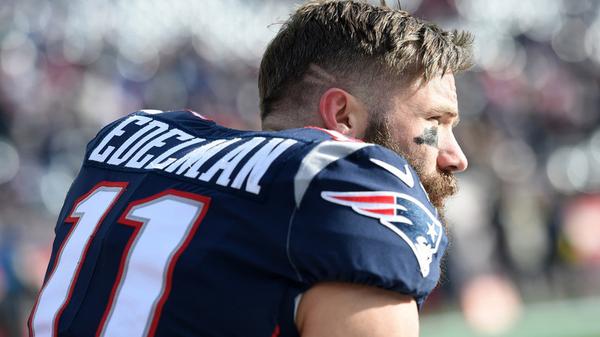 Edelman allegedly caused damage to a parked vehicle by jumping on its hood. The 33-year-old was released the same night. It is unclear whether the Los Angeles County D.A. will file charges.

In a statement, Beverly Hills police said Edelman’s alleged jump onto the car occurred at about 9 p.m. and happened in the 200-block of North Beverly Drive.

Paul Pierce, on his official Instagram page, posted a photograph of himself with Edelman and former Pats wideout Danny Amendola Saturday night tagged with a location at Cantina Frida, a restaurant in the same block as the alleged incident.

Edelman was released with a citation. He is scheduled to appear in a California courtroom on April 13, 2020.

The Patriots are aware of the arrest and had no comment, according to a team spokesman.