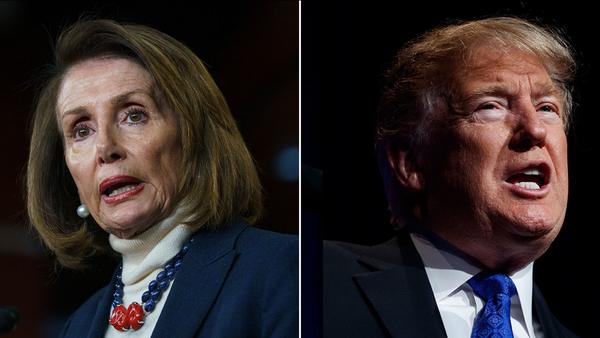 WASHINGTON (AP) — House Speaker Nancy Pelosi said Friday she has spoken to the chairman of the Joint Chiefs of Staff about preventing an “unhinged” President Donald Trump from ordering military actions including a possible nuclear strike in his final days and hours at the White House.

Pelosi said in a statement to colleagues that she spoke with Gen. Mark Milley “to discuss available precautions for preventing an unstable president from initiating military hostilities or accessing the launch codes” for nuclear war. She said Milley assured her longstanding safeguards are in place.

The president has sole authority in the U.S. government to order the launch of a nuclear weapon. But a military commander could refuse the order if it were determined to be illegal. Trump has been making no such threats.

Pelosi said the situation of “this unhinged president could not be more dangerous.”

Pelosi was meeting with the House Democratic caucus Friday to consider impeachment proceedings against the president as soon as next week after the deadly siege of the U.S. Capitol by a pro-Trump mob that shocked the nation & the world.

Top lawmakers are sounding alarms that even though Trump is to leave office Jan. 20 when Democrat Joe Biden is sworn in, he could do great damage on his way out. And if Trump were to be impeached by the House & convicted by the Senate, he could be prevented from running again for the presidency in 2024 or ever holding public office again. Trump would be only the president twice impeached.

One Trump ally, Republican minority leader Rep. Kevin McCarthy of California, said “impeaching the President with just 12 days left in his term will only divide our country more.”