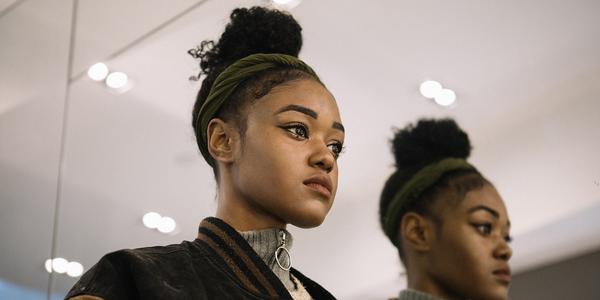 Philadelphia rapper Chynna Rogers, best known as Chynna, died Wednesday (April 8), her family confirmed through her management. “Chynna was deeply loved and will be sorely missed,” the family wrote in a statement. Her cause of death is currently unknown. She was 25.

Chynna Rogers began her career as a model, signing with Ford Models when she was 14. She found a mentor in A$AP Yams as a teenager, and her affiliation with the A$AP Mob ignited her efforts to build a career as a rapper. She released her first singles in the early ’10s, finding online success quickly with 2013’s “Selfie” and 2014’s “Glen Coco.” She followed those with a few EPs, including 2015’s "I’m Not Here, This Isn’t Happening" and 2016’s "Music 2 Die 2." She later said her music was “for angry people with too much pride to show how angry they are.”

Rogers was open about the opiate addiction with which she struggled in the wake of her music taking off, addressing her troubles on her 2016 mixtape "Ninety." She released "Ninety" on her 22nd birthday that August, having accomplished three months of sobriety. She told Pitchfork in a 2018 Rising interview, “It got to the point where I had to do something just to be able to get onstage and do my job. I didn’t like that.” Her final release was December’s "in case i die first" EP.