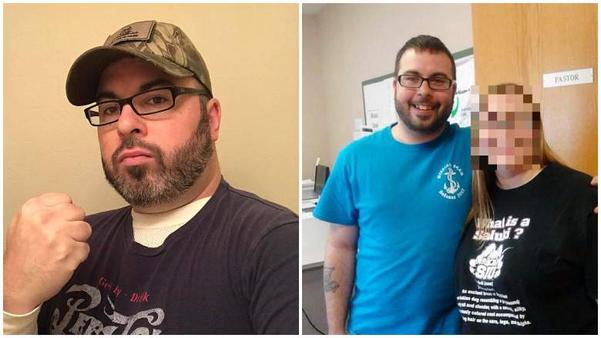 A man suspected of plotting to blow up a Missouri hospital and was killed in a shootout with FBI agents was apparently frustrated with local government action to stop the spread of coronavirus, the FBI said Wednesday.

Timothy Wilson, 36, died Tuesday in Belton, Missouri, a suburb of Kansas City, after members of the FBI’s joint terrorism task force attempted to arrest him. The FBI says Wilson was the subject of a “months-long domestic terrorism investigation."

It’s not clear whether Wilson was wounded by FBI agents or if he died by suicide. Officials say he was armed and after being shot was taken to a hospital, where he was later pronounced dead. The incident will be investigated by the FBI's inspection division, standard procedure for shootings involving agents.

FBI officials describe Wilson as a potentially violent extremist known to express racial and religious hatred and antigovernment sentiment. They say that while under surveillance, Wilson wanted to commit an act of terrorism, specifically a bombing, and had considered several targets, including a school with a large population of black students, a synagogue and a mosque.

"With the current health crisis, Wilson decided to accelerate his plan to use a vehicle-borne improvised explosive device in an attempt to cause severe harm and mass casualties," the FBI said in a statement.

Wilson considered various targets and settled on an area hospital, the statement said. The hospital was not identified.

Wilson had taken all the necessary steps to acquire the materials needed to build an explosive device but was always under close watch by agents, the FBI said.

The shooting occurred when the FBI tried to arrest Wilson when he arrived to pick up what he thought was a car bomb. But there was no actual bomb and authorities say no members of the public were ever in danger during the investigation.

Belton is about 20 miles south of downtown Kansas City.

A phone number belonging to someone associated with Wilson could not immediately be found Wednesday night.

As of Wednesday, there have been 356 cases of the coronavirus illness COVID-19 in Missouri and eight deaths, according to the state health department.