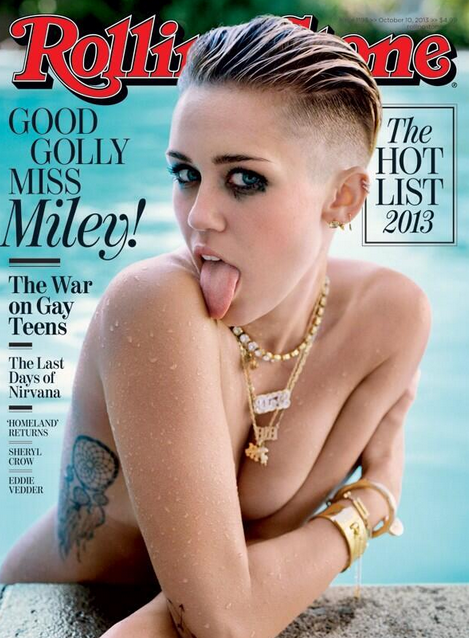 Pics After The Jump

No matter where you turn these days you're either going to see or hear about Miley Cyrus. Her transition from child star to adult temptress has had a few bumps in the road.

Fans are torn. They either love the new Miley or wish she would go away, but judging from the astronomical numbers her videos are racking up people simply can't stop watching her. "Wrecking Ball" broke the Vevo record for fastest to hit 100 million views. It achieved the feat in just six days, breaking the previous record of 37 days set by her "We Can't Stop" video.

The singer grabs the cover of the October 10th issue of Rolling Stone. She talks about her VMA performance, collaborating with Kanye West. America's double standards and more. Check out an excerpt from the interview and her photo shoot for the publication below.

Miley admits that her performance with Thicke got a little – her word – "handsy." But she makes a good point: "No one is talking about the man behind the ass. It was a lot of 'Miley twerks on Robin Thicke,' but never, 'Robin Thicke grinds up on Miley.' They're only talking about the one that bent over. So obviously there's a double standard." She was especially amused by the criticism from Brooke Shields, who played Miley's mom on Hannah Montana and called the VMA performance "desperate." "Brooke Shields was in a movie where she was a prostitute at age 12!" Miley says with a laugh.

"America is just so weird in what they think is right and wrong," she continues. "Like, I was watching Breaking Bad the other day, and they were cooking meth. I could literally cook meth because of that show. It's a how-to. And then they bleeped out the word 'f*ck.' And I'm like, really? They killed a guy, and disintegrated his body in acid, but you're not allowed to say 'f*ck'? It's like when they bleeped 'molly' at the VMAs. Look what I'm doing up here right now, and you're going to bleep out 'molly'? Whatever."

Miley admits that before the telecast, she was feeling a little nervous. But then she got a visit in her dressing room that made her feel better. Kanye West had seen her rehearsals and wanted to talk to her before she went onstage. "He came in and goes, 'There are not a lot of artists I believe in more than you right now,'" she recalls. "The whole room went quiet. I was like, 'Yo – can you say that again?!'" She laughs. "I just kept repeating that over and over in my mind, and it made me not nervous."

After the show, Miley and Kanye met up at a Manhattan recording studio to work on a remix for his song "Black Skinhead." The next day he sent a text: "He said, 'I still can't quit thinking about your performance,'" Miley says. She also happened to mention that a pair of fur Céline slippers she'd bought were falling apart, and Kanye bought her five more pairs. "Kanye is the sh*t," she says. "I kind of have a good relationship with him now. It's good to have someone you can call and be like, 'Yo, do you think I should wear this?' 'Do you think I should go in the studio with this guy?' 'Do you think this is cool?' That's what homies are supposed to do."

Miley isn't bothered by people who called her performance a disaster. "I wasn't trying to be sexy," she says. "If I was trying to be sexy, I could have been sexy. I can dance a lot better than I was dancing." She knows sticking her tongue out isn't hot and that those weird stubby pigtails aren't flattering ("I look like a little creature"). And she even knows it's ridiculous for her to twerk. "People are like, 'Miley thinks she's a black girl, but she's got the flattest ass ever,'" she says. "I'm like, I'm 108 pounds! I know! Now people expect me to come out and twerk with my tongue out all the time. I'll probably never do that sh*t again."

To read the full interview head over to Rolling Stone. 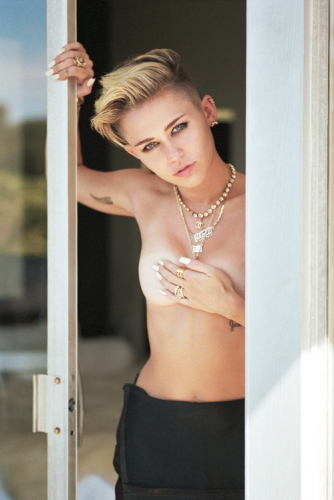 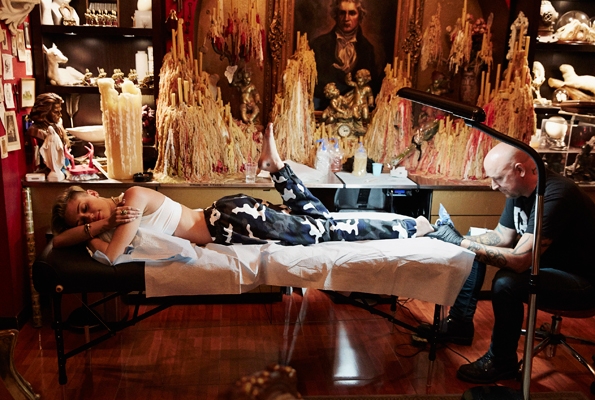 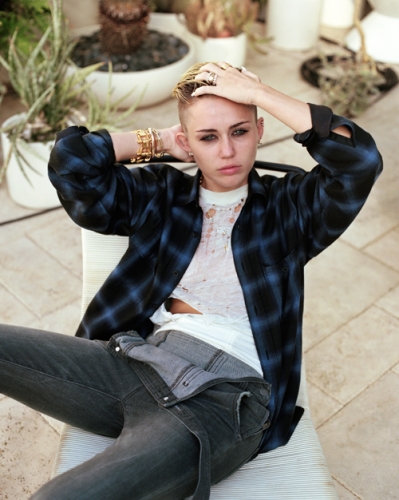 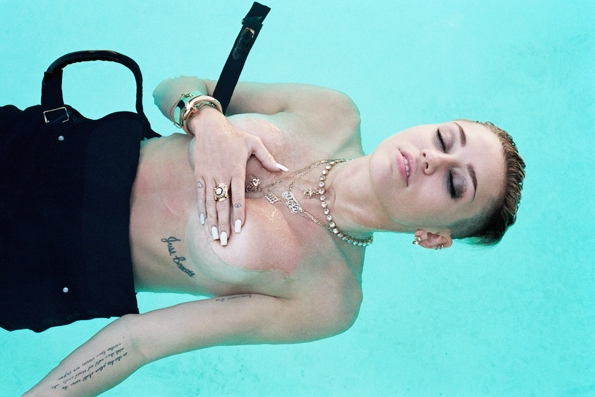 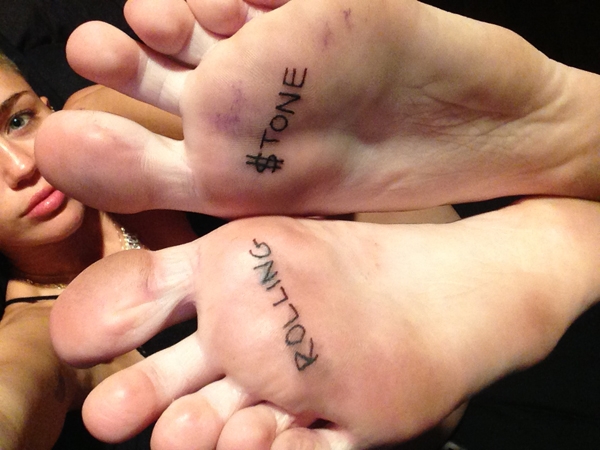 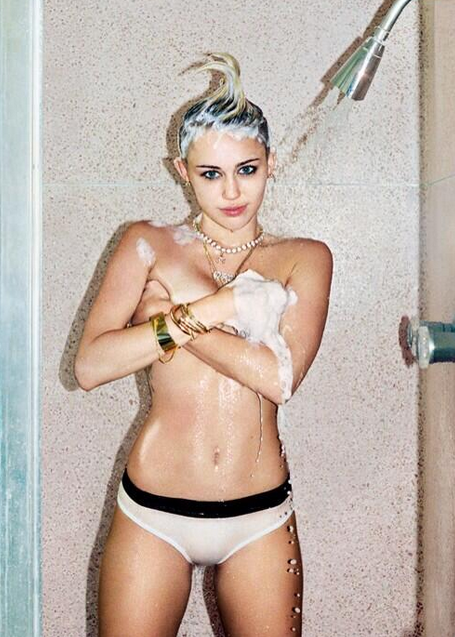