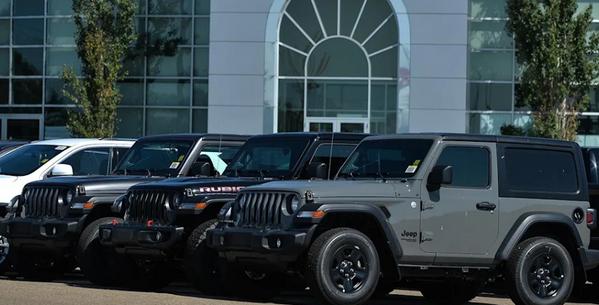 A Michigan man is being sued after a technician who didn't know how to drive a stick shift accidentally killed a mechanic from behind the wheel of the defendant's car.

Although Sergio Enrique Diaz-Navarro wasn't behind the wheel of the Jeep Wrangler on that day in March 2020, the family of the employee who was killed is suing him for negligence & is hoping to receive more than $15 million in damages.

Jeffrey Hawkins, 42, a father of four who worked as a mechanic, was killed when 19-year-old Daniel Thompson, a lube technician, attempted to operate the vehicle after the service was finished. Thompson started the vehicle because he was trying to ensure there were no leaks in the car's filter, but the car then lunged forward & crushed Hawkins.

Hawkins's family also filed a lawsuit against Thompson in 2021.

Michigan law makes it difficult for a coworker to sue a boss over that because it occurred at work — despite the fact that the Chrysler Jeep Dodge dealership owner hired someone who didn't have a driver's license or know how to drive a car with manual transmission. The family is left with little recourse other than targeting Diaz-Navarro, whose insurance company has already doled out $100,000.

Diaz-Navarro is considered liable for giving his keys to the dealership because of a vicarious liability law in the state that holds that owners are automatically liable for the negligence of drivers — a principle that could extend to mechanics, valet attendants & others.

"When you hand your car over to anybody, including the valet or the person at the service desk at your local dealership, you better be able to trust that person," a lawyer for Diaz-Navarro said.

In a separate lawsuit, Diaz-Navarro won indemnity from the dealership, meaning that the dealership will ultimately be on the hook for the bill if a court determines that he was indeed liable. The dealership is expected to appeal that decision.

"So in reality, the owner is going to be held responsible, but the dealership’s insurance company is paying," Femminineo said.

The case involving the lawsuit against Diaz-Navarro will head to trial at the end of May.