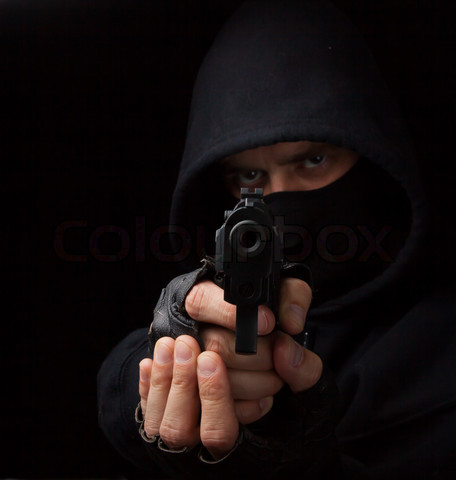 Miami police are searching for two men after an armed robbery turned into a bizarre sexual assault. A male homeowner heard knocks at his back door at 3 a.m. Tuesday (January 28). When he responded two masked gunmen rushed in.. The robbery took place in this Miami neighborhood

The robbers demanded money. When the homeowner said he didn't have any the two men kicked in the bedroom door of his 31-year old daughter-in-law.

She also told them she didn't have any cash. That's when one of the men unbuckled his pants, removed his penis and began to slap her with it repeatedly, according to the Miami New Times.

"The suspect placed the firearm to the [daughter-in-law]'s head and stated 'B*tch, where is the money?'" according to the police report. "Victim stated she didn't have any money. Suspect then pulled down victim's shirt and removed his penis from his pants and began hitting the victim in her face with his penis stating again 'B*tch give me the money.'"

Unable to get any money the thieves stole two televisions valued at $600 and fled the scene.


The female victim told police she believed the robbers had seen her withdraw money from her bank the previous day.