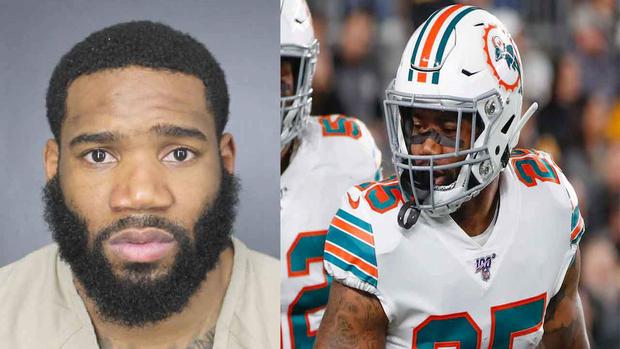 According to a Davie police report, Howard got into an argument with his live-in girlfriend and mother of their three children “over a recent purchase of a purse at a store that wasn’t disclosed to her.”

Police said the argument turned physical when Howard grabbed her arms and pushed her against the glass wall in their bedroom hallway. Police said Howard then let go of her, causing her to fall to the floor and landing on one of his crutches.

Howard's arrest came on the same day his team defeated the Patriots in New England for the first time since 2008.

The 2018 Pro Bowl player has been on injured reserve since Oct. 29 and wasn’t with his team.

“We are aware of the situation and currently gathering information,” the team said in a statement. “We will have no further comment at this time.”

A 2016 second-round draft pick from Baylor, Howard has 140 career tackles, 35 pass deflections and 12 interceptions, including one returned for a touchdown.

Howard was being held in the main Broward County jail Monday morning in lieu of a $3,000 bond.