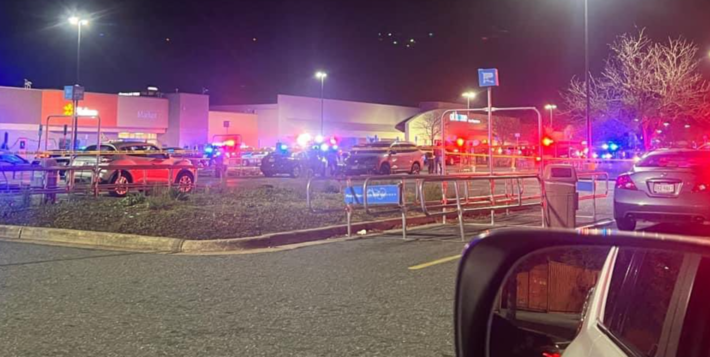 CHESAPEAKE, Va., Nov 23 (Reuters) - A Walmart employee killed six people and wounded several others before fatally shooting himself at a store in Chesapeake, Virginia, authorities said on Wednesday, in the latest episode of gun violence in the United States.

The shooter, who has not been identified, used a pistol in the shooting late Tuesday, wounding at least four people in addition to the fatalities, Chesapeake Police Chief Mark Solesky said at a news conference.

Coming on the heels of the shooting of five people at a Colorado Springs LGBTQ nightclub on Saturday, the latest massacre prompted another round of condemnations by public officials and calls by activists for tighter gun control.

"Heinous acts of violence have no place in our communities," Virginia Governor Glenn Youngkin said on Twitter. The Republican has faced stepped-up calls for policies to address gun violence after three University of Virginia students were shot to death earlier this month.

In addition to seven confirmed dead, including the shooter, four people were being treated at hospitals in the area, just south of Norfolk, Solesky said.

One employee told ABC News that the shooter was a manager at the store.

"I looked up and my manager just opened the door and he just opened fire," Briana Tyler said, according to ABC.

It is not the first mass shooting at a Walmart, which has thousands of stores across the United States.

At a Walmart in El Paso, Texas, in August 2019, 23 people were killed in a mass shooting near the U.S.-Mexico border in an act described as domestic terrorism by law enforcement. It was also the deadliest attack on the Hispanic community in modern times. Patrick Wood Crusius, then 21, from Allen, Texas, was arrested in the shooting and he left behind a manifesto with white nationalist and anti-immigrant themes.

Walmart in a statement on Wednesday said it was "shocked" at the violence at the Chesapeake store and it was working closely with law enforcement.