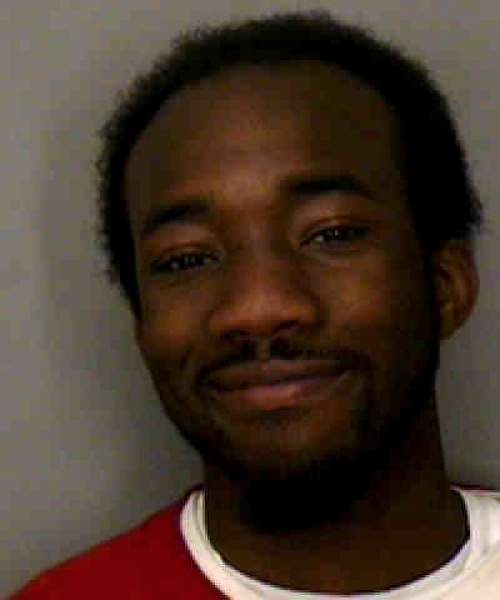 Authorities say a Lakeland man who used music to vent his frustrations with law enforcement will spend two years in prison for writing a threatening rap song.

Antavio Johnson, 20, was charged with two counts of corruption by threat of a public servant after a Polk County gang detective found the song on a MySpace page belonging to Hood Certified Entertainment in February.

In his song, "Kill Me a Cop," Johnson mentions two Lakeland police officers by name, according to the Sheriff's Office.

After investigating, the detective realized the rapper known as "T.O." was Johnson, who was in a Polk County jail at the time for violating his probation.

The detective consulted the State Attorney's Office, and prosecutors agreed to file charges against Johnson.

In an interview with the detective, Johnson admitted to writing and recording the song because he felt harassed by the Lakeland police officers, the Sheriff's Office said.

Johnson pleaded no contest to the charges July 24 and was sentenced to two years in state prison.

In the song, the lyrics "Im'ma kill me a cop one day" and "Call me crazy but I think I fell in love with the sound of hearing the dispatcher saying, 'Officer Down,'" are repeated.

"We took it seriously from the second we heard the song," said Carrie Eleazer, spokeswoman for the Sheriff's Office.

Johnson also refers to being on probation, Sheriff Grady Judd and the 2006 killing of deputy Matt Williams and his K-9 DioGi.

Based on the facts and circumstances, two years in prison "appeared to be an appropriate punishment," said Chief Assistant State Attorney Chip Thullbery.

Johnson's friend, Daniel Barajas, 27, of Auburndale, who owns Hood Certified Entertainment, said he was the one who posted the song.

Barajas said "Kill Me a Cop" was unintentionally included on a CD of some of Johnson's unpublished music that he picked up at Studio 88 in Lakeland, where he said Johnson worked.

"It was my mistake. I didn't listen to it thoroughly. I liked the beat," Barajas said.

The song was never meant to be released, and he didn't realize that Johnson had named the two officers, Barajas said.

Even so, he said Johnson had no intentions of killing anyone, and the song was merely a "musical journal" for Johnson, who was tired of seeing officers harass others.

On Johnson's own MySpace page, he is listed as a Christian rap, hip hop, and rap artist.

Howard Simon, executive director of the American Civil Liberties Union of Florida, said it's not clear that Johnson's lyrics were "credible acts of violence."

"There's no question that the rap lyrics are ugly, (but) in America you don't punish ugly and hostile thoughts and words," Simon said.

He said the ACLU may look into Johnson's case.

Lawrence Walters, an Orlando lawyer who is not affiliated with Johnson's case, said he's also concerned that Johnson's rights were violated. The Web site for his law firm - Weston, Garrou, Walters & Mooney - says the firm is "dedicated to the defense of freedom and the protection of creative expression."

"I believe that these lyrics were protected by the First Amendment," Walters said.

The fact that the song was put on a public site does not mean that it was a direct threat, Walters said.

In the last two years, Barajas, who was charged with aggravated battery with a deadly weapon in May related to an attack outside a bar in Wahneta, said that Johnson was getting his life straightened out.