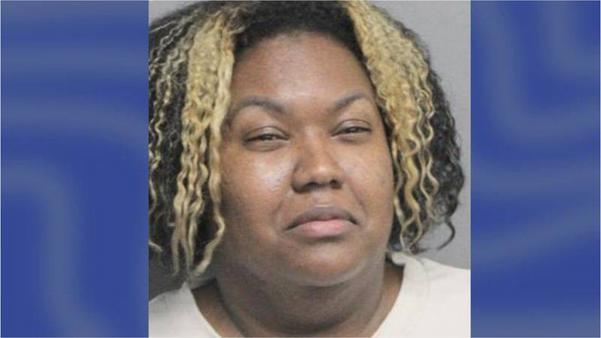 A former Louisiana sheriff’s dispatcher was busted for allegedly refusing to return more than $1.2 million that was accidentally deposited into her account — and splurging some of it on a new car and house, according to a local report.

Kelyn Spadoni, 33, who worked for the Jefferson Parish Sheriff’s Office, was seeing green when Charles Schwab accidentally deposited the hefty sum into her brokerage account back in February — when it meant only to transfer about $82, according to court records obtained by nola.com.

When Charles Schwab staffers attempted to stop or reclaim the transfer, they couldn’t — Spadoni had already allegedly moved the funds into another account, the outlet reported, citing sheriff’s office spokesman Capt. Jason Rivarde.

Although the money was placed in Spadoni’s account, “it’s not her money,” Rivarde told the outlet.

“She has no legal claim to that money,” he said. “Even if it was put in there by mistake. It was an accounting error.”

Spadoni was arrested Wednesday and booked on charges of theft valued over $25,000, bank fraud and illegal transmission of monetary funds, according to Rivarde.

She was fired by the sheriff’s office — where she had worked in the 911 center for four-and-a-half years — after she was booked, the outlet reported.

Charles Schwab & Co. also sued Spadoni in federal court, accusing her of ignoring their calls, texts and emails attempting to recover the money, according to the report.

So far, about 75 percent of the money has been recovered, Rivarde said.

Schwab argued that Spadoni’s account contract includes an agreement that if a client receives an overpayment of funds, that person must return the funds in full.

“If someone accidentally puts an extra zero on a utility payment, they would want that money returned or credited to them,” Rivarde said. “This is no different.”