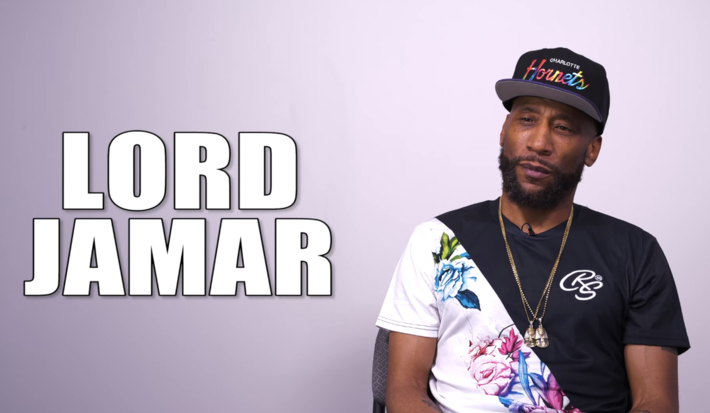 In this clip, Lord Jamar speaks on celebrity attorney Chris Darden, who decades prior was a prosector for the O.J. Simpson trial and more recently was the lead defense attorney for Nipsey Hussle's alleged killer Eric Holder, though he's since withdrawn his representation after he received death threats against his family. Due to those highlights on his resume, Jamar is left to wonder if Darden is insistent on always being on the wrong side of the black community, keeping in mind how loved Nipsey was and how the culture is still in mourning. With that said, Jamar concedes that if he was Holder's attorney he would argue that it can't be proven that Holder is the shooter in the surveillance footage, while on a separate note adding that BG Knocc Out is one of many who would seek to avenge Nipsey's death if given the opportunity.