LOL: Kevin Hart Explains Why He's Mad At Shaquille O'Neal "Don't Pick Me Up In Front Of My Kids" & Speaks On His Exercise Outfit On Conan O'Brien [Video] 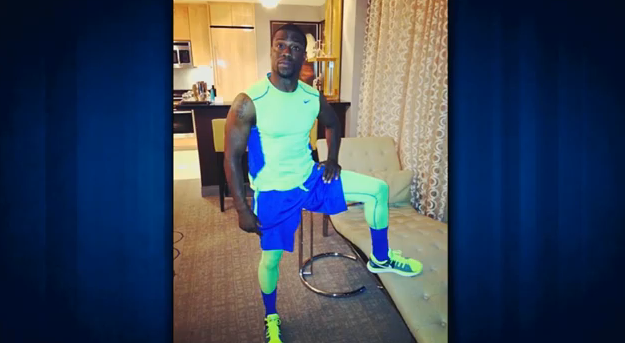 Kevin Hart stopped the Conan O'Brien show yesterday for a hilarious chat. Hart explained that he has to wear colorful workout gear when he's jogging because with his dark skin color he's afraid of being hit by a car at night. He also talked about why he doesn't like his friend Shaquille O'Neal to come around when he's with his kids.

"Our relationship took a turn for the worse not too long back because Shaq has a habit of picking me up in front of my kids, and I don't like it," Kevin said. "First of all, I'm a dad first. Respect me as a father. So when I'm disciplining my kids and I'm yelling don't turn around and grab me, and shake me, and pat me on the back."