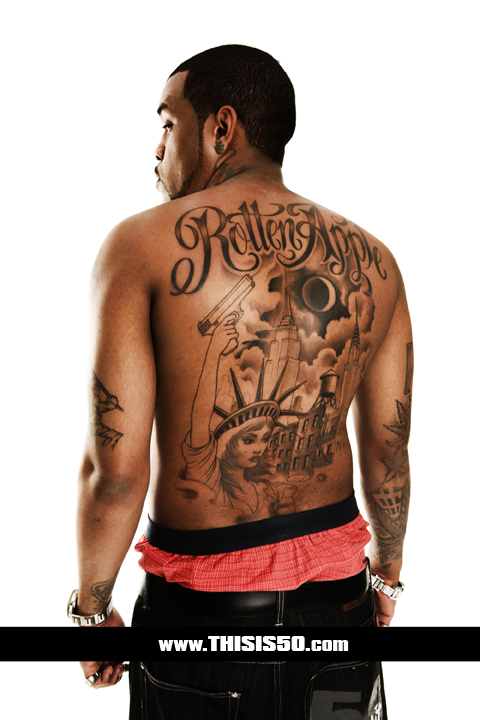 Lloyd Banks has been hard at work since he returned to the States a few weeks ago. He called us up here at MTV News and although he was advised by his legal team to avoid speaking about his recent assault and robbery case, he did give details on upcoming music. There is an official LP that may drop around summer and an official single with Juelz Santana called "Beamer, Benz or Bentley" dropping in the next couple of weeks.

"I'm just starting back," he said. "I've been so focused with taking over the street and people hearing me back on that market — so when I come with the official records, they'll appreciate it more. 'Beamer, Benz or Bentley,' It's a club record, party record, car record. It's a lot of energy and something new. It's a sound that ain't out there right now."

Banks is about to go back on an overseas tour lasting from February until April. In the spring, he due to start a U.S. trek with the G-Unit, during which he'll be recording the album and hopefully coming up with a name for the project. On the street level, a Lost Tapes-style mixtape of unreleased songs is coming soon — and, of course, V5 is out now.

"I got a few new followers behind V5," Banks said. "People just catching on. For those who been following me since last September, they should be familiar that it's the fifth volume of the Five and Better series — my personal favorite. I kind of envisioned it this way. I told them I was gonna give them five mixtapes in a year.

"It's sequenced like an album. I wanted to go through different zones," he added. "I had records like 'Sh---y City,' which had significance because it's part two from the 'Sh---y City' that was a part of the Gang Green series. The record 'Look Ma,' it's my most personal record on the album. I'm speaking to my mother. I got a young mom — she appreciates it and she loves to see me successful. 'Rather Be Me,' I had that record for a few years. My favorite record is 'I Do.' I was getting up to the beat for two weeks. I had a good zone on this mixtape."

Banks also wanted to thank his fans, who have been concerned about him given his recent legal troubles.

"I wanna send my thanks to all the fans that supported me. I ain't been tuned in. My peoples put me on to what's been going on. Check the music — that's one thing that's not going nowhere. My talent is crazy. I will be in the studio later. They can look forward to me dropping new records on ThisIs50.com and MTVNews.com. I love all my fans, man. I want everybody to look forward to my third album. It's definitely gonna be worth the wait."