Lil Za Charged With 3 Felonies In Connection With Raid On Justin Bieber's Mansion. Could Face 9 Years In Jail. 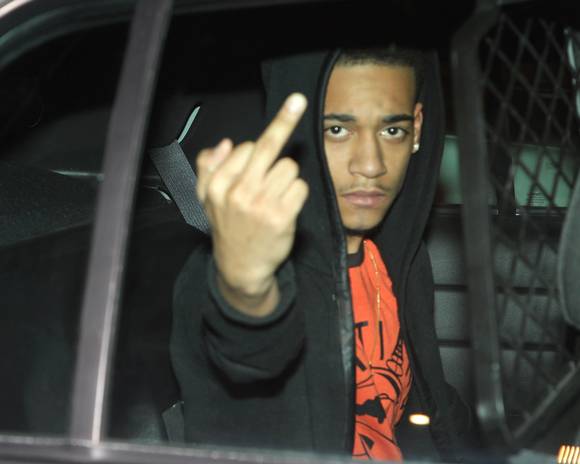 As we previously reported, cops went to Bieber's home looking for evidence that the singer had egg bombed his neighbor's home causing $20,000 in damage. They took his surveillance system to see if there was anything they could find on the footage.

During the raid police say they found drugs near Za, who had been living in the home. He was hauled off to jail on the spot. While in police custody Za also destroyed a jailhouse phone.

He's now looking at felony charges of damaging the phone, plus possession of Ecstacy and Oxycodone. If convicted the rapper could face up to 9 years in jail, according to TMZ.