Lil Wayne and Birdman still seem to be at an impasse in terms of working out a deal based on a hat the rapper was spotted wearing around Los Angeles recently.

The white cap had "Fuck Cash Money" written on the front of it. Not the kind of thing you would expect to see if negotiations regarding Wayne's $51 million lawsuit against Cash Money Records were making progress. 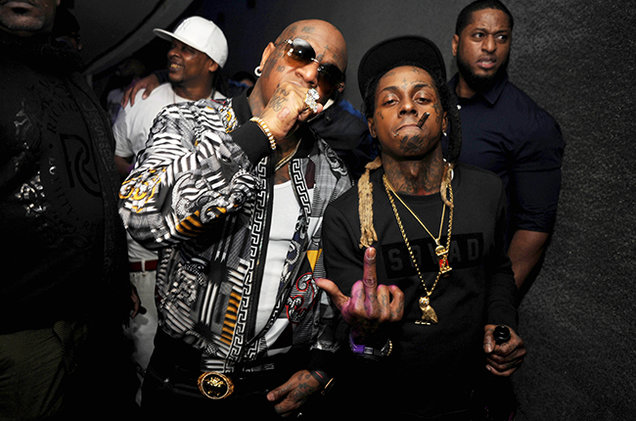 Birdman has repeatedly said in interviews that this will be worked out eventually, it's just a matter of when.

If there is a silver lining to this whole thing it might be what sounds like a renewed hunger from Wayne. The "How to Love" rapper's intro on DJ Drama's new "Quality Street Music 2" album is vintage Weezy.

Take a listen above and let us know what you think about the Birdman/Lil Wayne situation in the comment section below.