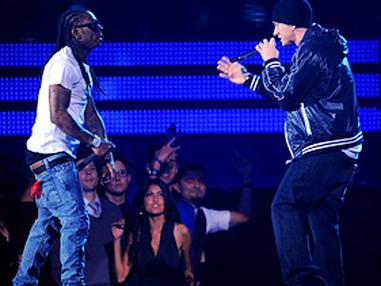 After a blistering hot first 45 minutes where we got to see Lady Gaga, Beyonce and an unbelievable performance by Pink. The rest of the show seemed to be as exciting as watching water drip from a faucet.

Next up Drake joined the two to perform the hit song "Forever". Aside from the dropped audio during parts where there was cursing both songs sounded great.

It might have been more interesting if Kanye West has made a surprise appearance on "Forever" but he was nowhere in the bulding.