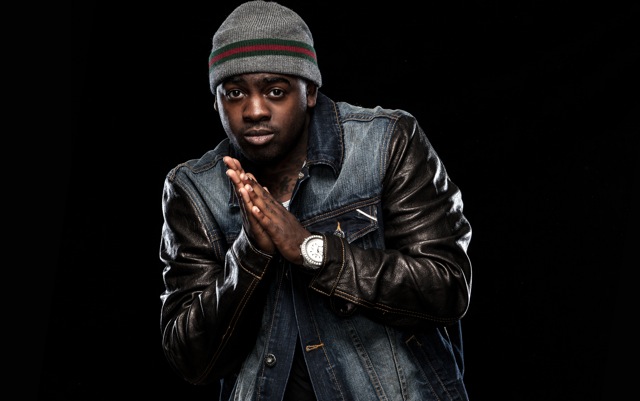 Via The Drop FM

New Orleans may be known as the home of jazz, but rapper Kidd Kidd is ready to bring the city’s hip-hop sound to the forefront. With his upcoming mixtape, ‘Street Fame,’ he is ready to bring his experiences to light and represent the G-Unit label, which he recently signed to.

“’Street Fame’ is coming straight from my heart,” he tells TheDrop.fm. “‘Street Fame’ is my life. Every song on there is a situation that is something I’ve been through or experienced. So ‘Street Fame’ is all me. It’s like being famous in your neighborhood or in your town. You know how you got that person that’s just famous, but not celebrity, just everyone knows him. That’s ‘Street Fame.’ I had that before I was in the industry.” Growing up in New Orleans wasn’t easy for Kidd Kidd. From getting shot multiple times to just trying to make it in a city that was struck by Hurricane Katrina, the rhymer knew what struggle was all about, but didn’t let that deter him from achieving his dream. And this motivation and realistic outlook is how he approaches his music.

“Everything I do is inspired by a situation I went through,” he said. “I just don’t go, ‘Oh, I’m going to make a song like this.’ I’ll never do that. When a beat comes on, how I feel that day, that’s how I’m going to write to that beat. So it might be a sad beat. And I go through so much sad and pain, that’s so easy to write about. I’ll do that.”

He continued, “Even if it’s high-tempo beat, a club beat, I would talk about how I would be in the club or things that happen in the club while I’m there. I kinda take that personally and just be real with my music because I’m around real individuals all the time, I can just write, ‘Oh, I’m riding around in my Bentley, drop-top’ and things like that. When I do that, they’ll be like, ‘Yo! When did you ever have a Bentley drop-top?’ and things like that; so I try to keep it me and keep it as real as possible with my music.”

Despite the hard times, Kidd Kidd isn’t always all about the downside of things. When asked about whether or not he was a jazz fan, being from New Orleans, he laughed and spoke of his Uncle Chuck, who raised him.

“I wasn’t into jazz,” he recounts. “I wasn’t really into the jazz thing or nothing, but my Uncle Chuck, I was raised with him. All he did was listen to a lot of music. And he had the tapes. Remember when they had the tapes and you could put a piece of paper between the two top holes of the tape and roll it over? [Laughs] Yeah, he used to have a lot of tapes like that, and it opened my mind up to a lot of things in we have in New Orleans.

“He had a big variety of music. I just always wake and hear certain things that I can relate to, and that’s a good way to make it out a situation I was in because I’m a short guy. I can’t play basketball or do stuff like that. And I had too much of a temper to play football. So music was kind of a blessing for me to get into.”

And now being part of the G-Unit family, Kidd Kidd has the help of 50 Cent. “50’s really helping out and doing so many things because he’s a guy who came from the bottom himself,” he explains. “So he understands. There are so many people in the industry who had a silver spoon and didn’t have the same life experiences coming up. They never really had to hustle to get in or just go through a lot of things I went through. And I’m learning a lot going through the industry.”

Kidd Kidd keeps the good words about 50 coming and feels “blessed” to know him. “When come from [the bottom] and you get some money, you probably just want to blow it all,” he says. “But he’s the guy who knows what to do with it and keep it coming. And just knowing 50 as a person, man, it’s a blessing. He’s a good dude.” While ‘Street Fame’ is fairly new, the artist is looking forward and hopes to release an LP in the near future. “The work just never stops,” he admits. “Why just because you finished a tape, you should stop recording? Right now, you gotta keep it going. Just keep it going. Tupac has been dead for like 10 years, and he’s still dropping albums. But that’s because of his work. He put in so much work that even when he’s not here, he’s still dropping albums and keeping his family free. And that’s where I want to be.”

I know Kidd Kidd Is going to have some fire on his 'Street Fame' tip...he's been improving since his earlier collabos w/50 & his loyalty seems genuine. Hip hop needs authentic artists like this.