Kendrick Lamar has been extremely busy touring and recording lately. He and his Black Hippy crew members Ab-Soul, Schoolboy Q and Jay Rock have done a great job bring the West Coast back to the forefront of the hip hop scene.

The crew recently sat down with Nessa of Bay Area radio station WiLD 94.9 to talk about Rock The Bells, Dr. Dre's work ethic and dream collaborations. Kendrick revealed he would like to collaborate with Erykah Badu, D'Angelo and Sade.

The Compton MC also revealed that he just recorded a collaboration with one of his favorite artists. 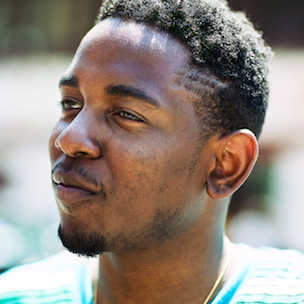 "I just recently did a Kid Cudi collabo. I like Kid Cudi a lot. He got a crazy unique style about him," Kendrick said. "But I just really fulfilled that opportunity to knock that out on this upcoming album.”

Kendrick's debut album good kid, m.A.A.d city is coming soon, although it's been pushed back a couple of weeks from October 2nd to October 22nd. Be on the lookout for that.