Kanye West To Be Godfather Of Jay-Z & Beyonce's Baby? 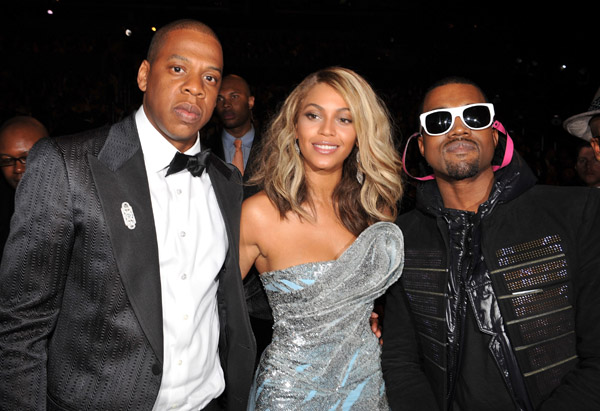 If you watched the VMAs during Beyonce's announcement that she was pregnant, you could see that Kanye West was almost as excited as Jay-Z about the news.

Now comes a report that the Louis Vuitton Don has his eyes set on being a lifelong positive influence on the child.

The Sun UK is reporting that Kanye wants to be the child's godfather. "Kanye is as excited about the baby as Beyonce and Jay-Z," a source says. "He's been saying he's going to be godfather and is absolutely thrilled. It will be a huge honor for him."

One thing is for certain, Hov and B's kid will have the best of everything.

Watch Kanye and Jay's reaction to B's announcement in the video below starting at the 4:22 mark.