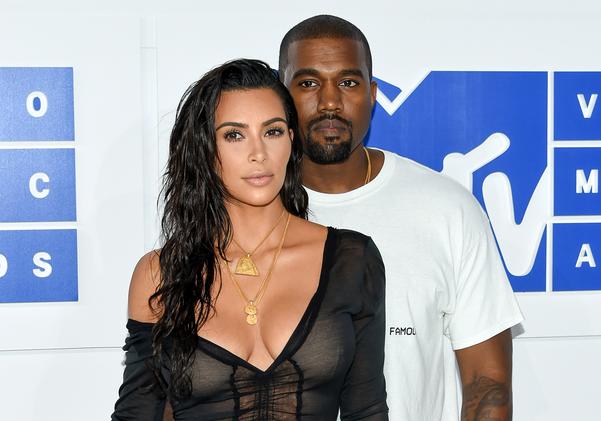 During her emotional visit to Wyoming to see husband Kanye West earlier this week, Kim Kardashian West asked him to abandon his unlikely presidential campaign and "focus on his mental health instead," a source tells PEOPLE.

"Kim urged Kanye to not move forward with running for president, but he won't listen," the source says.

Indeed, on Monday — the same day Kim, 39, was in Cody at their family's ranch to reunite with Kanye — his team filed paperwork trying to get him on the ballot as an independent candidate in Missouri and New Jersey ahead of the November election. (He has also filed in Illinois and Oklahoma, though he faces significant hurdles in qualifying across the country.)

On Saturday Kanye, 43, tweeted boastfully in all caps that "I CAN BEAT" former Vice President Joe Biden through write-in votes alone.

In a Forbes interview this month about his politics, Kanye criticized vaccination and Black History Month and said he would run the White House like a fictional country from Black Panther, though he noted “I don’t have all of the pieces in the puzzle.”

"God just gave me the clarity and said it’s time," he told Forbes of his run. "You know I was out there, ended up in the hospital, people were calling me crazy. I'm not crazy."

Kim initially appeared to support her husband’s presidential ambitions by sharing his announcement tweet on July 4 along with an American flag emoji.

But sources have told PEOPLE her focus shifted as Kanye went on to make a series of alarming statements and social media posts, including claiming Kim tried to have him "locked up" and attacking her mother, Kris Jenner.

At a campaign event in South Carolina, he also revealed he and Kim had considered having an abortion when she became pregnant with oldest daughter North — a public revelation that left her "furious" and "shocked," according to a source.

Kanye apologized in a tweet over the weekend, pleading for forgiveness.

An insider tells PEOPLE now that "Kim wants him to get his priorities straight" and that Kanye "hasn't seen the kids for weeks."