Kanye West was given the Video Vanguard Award at the 2015 MTV VMAs on Sunday, August 30.

The G.O.O.D. Music boss accepted the trophy from Taylor Swift, then went on an emotional rant that touched on everything from his daughter, interrupting Swift at the 2009 VMAs, smoking weed before his speech, artist integrity and more. 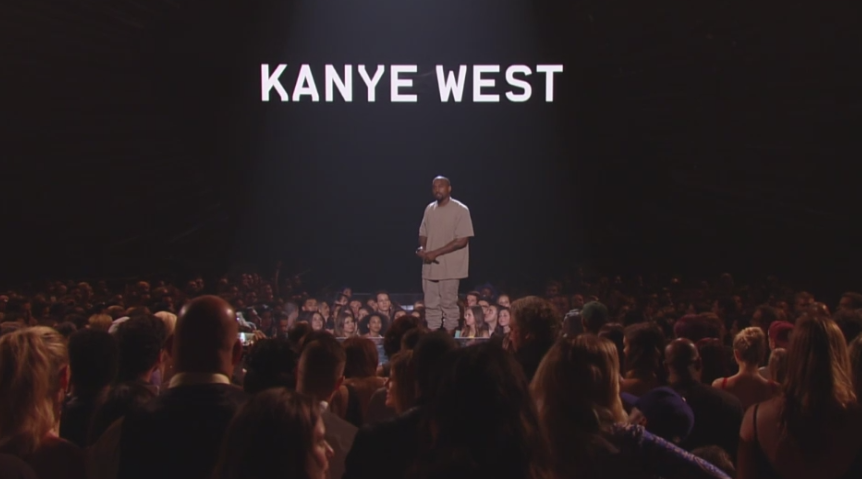 But he saved the most surprising moment for last when he announced that he was running for President in 2020.

Watch Kanye in rare form below.