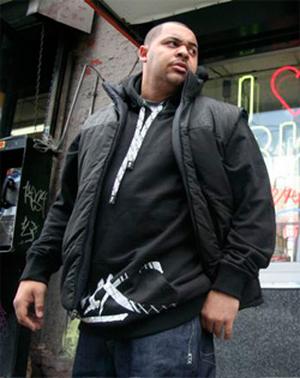 Brooklyn's Joell Ortiz now has one of the most recognizable call-outs in hip-hop. If you're not familiar, after his mixtape drops this month, you'll be saying: "Yaowa!"

"I got so many meanings of yaowa, it's crazy," Ortiz laughed. "First, it's used as a term of endearment for dudes around my way. How you say, 'What up?' We say, 'Yaowa!' It came from my man Smash. Shout to Smash. He used to be really drunk around the way. It's a distance between the buildings. He used to be saying, 'Yo, what up?' But he'd be so drunk, it sounded like he was saying, 'Yawhuhup?' He'd be twisted. I just turned it into yaowa. Every time I get on a beat, I say, 'Yaowa,' before I rap on it. Then I started playing around with it and turned it into [meaning]: 'you're actually one world away.' I be feeling like my flow is not of Earth. I zone out, become an alien with it. On another freestyle, I said, 'I'll put you in a hospital because my flow is so sick.' That's 'your ass on wild anesthetics.' I just be spazzin' out with the yaowa. But it's a term of endearment around my way."

"Green kinda hooked that up," Joell added about how the Evil Genius and Cannon got involved. "Me and Green was hollering, he said it would be a good idea to hook up with Cannon. Cannon was like, 'That's nothing. I been fiending to do something like that.' So we running a triangle offense with this tape."

Lantern and Green will have the primary production on the mixtape, but Joell said he's open to submissions from everyone — as long as the tracks are hot. As for big-name guest appearances, which have become customary with tapes from Fabolous, Jadakiss, T.I. and Young Jeezy this year, the Slaughterhouse member said he hasn't thought about it yet.