The war of words between Joe Budden and Meek Mill has been brewing for a while. A diss track or several was bound to be the result and it looks like Joe is ready to let one fly.

"I’m not off “barbs get him”… Fuck Meek," Joe tweeted earlier this week.

"Pretty niggas wanna mention my name to get acknowledged / Hoping I react like a fool and give 'em violence / I rather kill 'em with success and give 'em knowledge / Before I throw it all away for a sucka 'cause we the hottest / My momma crib big as a church, I'm being modest / No sleep putting in work that's how she got it," the MMG rapper wrote.

That was the response Joe was hoping for.

"God is good," he responded. 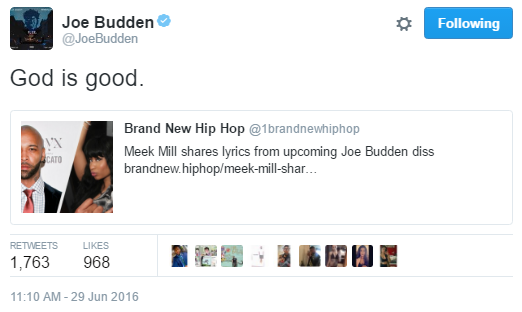 Meek later clarified that he wouldn't be putting anything on wax, but threw shots at his New Jersey counterpart in the process.

"Nobody ain't trying to come at that Shermhead/crackhead JoeBuddens this nigga got the blogs to say I'm about to diss him. We running down on niggas off the internet...He's infatuated with rappers lives nigga a podcaster now lol."

Joe then said he was ready to get to the diss tracks. 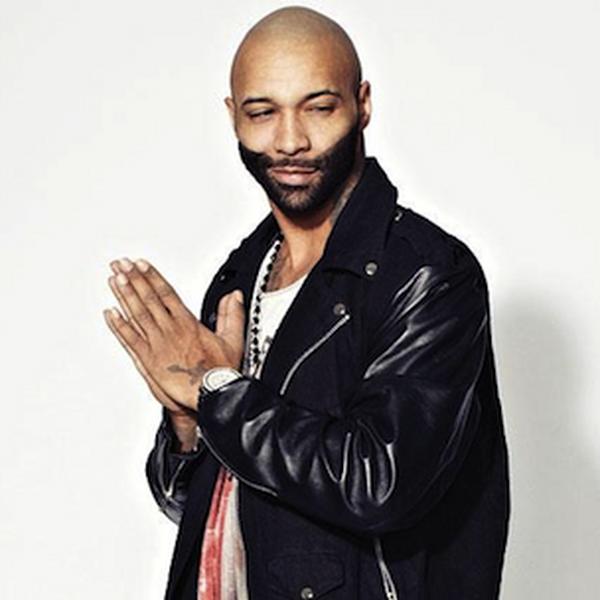 "@MeekMill don't worry, I was done being reactionary months ago. I'll initiate, u take your time, diss bars clearly aren't your thing." he tweeted. "I apologized once, now repent. Grab a pad quick nigga, it's coming. Don’t speak my name to a fan… Say it to me nigga. Stand behind your ability to rap. Or tell them why u won’t. Was plenty verbiage when I was faithfully podcasting…. Kinda quiet now mysteriously… Stay woke. This is so much fun. Back dark… Happy 4th… Enjoy the fireworks. As we reported at the time, this beef started in July 2015, when Joe said on his podcast that Meek was acting like a simp behind his girlfriend Nicki Minaj.

"Part of my problem with [Meek and Nicki] is Meek's music is too hard for me to look at him with this sappy fuck shit," Joe said at the time. "Be the hardcore guy that I'm sure she was attracted to at some point. It's nasty. I hate everything about it. I'm glad a dark skinned guy is behaving this way. I'm just saying, a light skinned guy is not moving this way. Light skinned guys, we used to getting the bad bitch. He act like this bitch just stepped off fucking Mars and is the only girl. Oh my God, I just hate it all."

Both Nicki and Meek quickly reacted. Why would you be bothered by another man showing love to his girl? Let's celebrate black love. All the best w/ur podcast. All jokes aside.