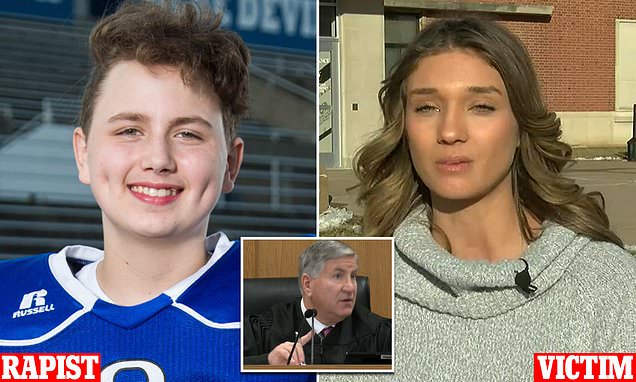 QUINCY (WGEM) - The decision by Adams County Judge Robert Adrian to reverse his own conviction of a man accused in the criminal sexual assault of a Quincy girl has ignited a firestorm of criticism.

Speaking out for the first time Tuesday, 16-year-old Cameron Vaughan said 18-year-old Drew Clinton sexually assaulted her at a graduation party on May 30.

“I woke up at my friend’s place with a pillow over my face so I couldn’t be heard and Drew Clinton inside of me,” she said. “I asked him to stop multiple times and he wouldn’t. I finally got off the couch and pushed him off of me and he jumped up and just started playing video games as if nothing had happened.”

During a bench trial in October, Adrian convicted Clinton of one count of criminal sexual assault.

At a sentencing last week, however, Adrian reversed himself following a pair of motions by Clinton’s attorney, saying that a mandatory minimum sentence imposed by state statute would be inappropriate.

Adrian said that the 5 months Clinton had served in the Adams County Jail was enough.

“For what happened in this case, that is plenty of punishment,” Adrian said.

During the hearing, Adrian also had harsh criticism for parents at the party where the alleged assault happened, lambasting them for letting minors drink and swim in the pool in only their underwear.

Assistant State’s Attorney Anita Rodriguez prosecutes sex crimes for the county. She told the Herald-Whig she has never seen anything like the decision in her 40-year career.

“My heart is bleeding for the victim,” Rodriguez told the newspaper. “It was a very difficult bench trial. It did a lot for her healing process, but now she’s back to where we were at.”

“I immediately had to leave the courtroom and go to the bathroom. I was crying,” she said.

Her father, Scott, said the seven-month ordeal has been devastating for daughter.

“She was a cross-country runner, she ran in track, she was an honor roll student,” he said. “Now, she’s lucky to carry a C average and she’s dropped out of all sports. All of her learning is at home now. She can’t go to school.”