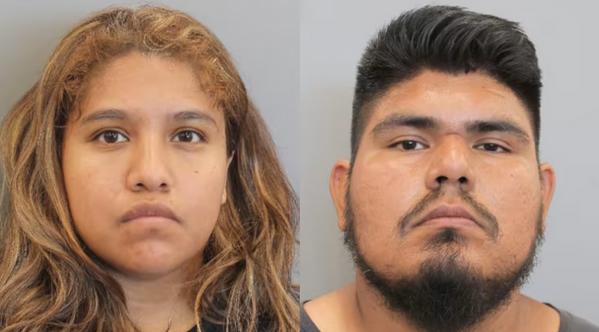 HOUSTON (Click2Houston) – A mother and her boyfriend have been charged with the death of her 8-year-old daughter as well as injuries to the girl’s twin sister. The couple is accused of not providing adequate nutrition & abusing both girls over an extended period of time.

Ruben Moreno, 29, and Soledad Mendoza, 29, are each charged with capital murder of a child under 10 years of age & 2 counts of injury to a child. They both were arrested on May 20 without incident.

On Dec. 21, 2020, officers responded to a welfare check at Memorial Hermann - Memorial City Hospital in regards to the death of a child. They learned that the Houston Fire Department paramedics had taken the child to the hospital with multiple injuries & bruises.

When an investigator arrived, they saw that the child’s body had several bruises on the legs, swollen ankles & looked extremely underweight for her age. The child allegedly only weighed 29 pounds and was extremely malnourished & unkempt.

During the investigation, detectives learned the girl showed signs of malnutrition/starvation & multiple injuries, such as chronic rib fractures. An autopsy also revealed that the child had acute & chronic blunt force injuries to her back & legs. She also had bruising a injuries on her head, upper body, torso & lower body, including an array of fractures from weeks prior to her death.

The surviving twin received care at a hospital the day after her sister’s death. According to the child injury charge, the twin girl only weighed 26.4 lbs, which was in the 0th percentile for children of the same age.

Court documents reveal that there were 2 other siblings in the household that were seemingly in perfect health.