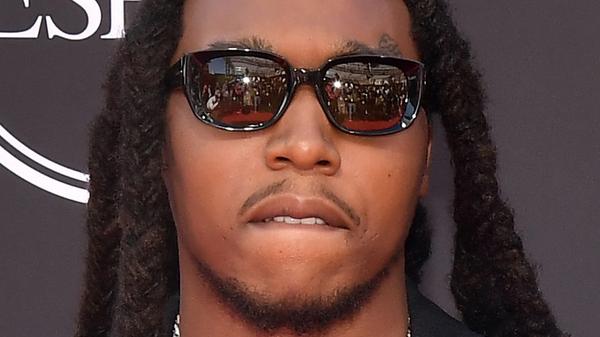 A man among those who witnessed the shooting of Migos rapper Takeoff is facing gun possession charges, but his lawyer contends he is by no means responsible for killing the Atlanta-based musician.

Police identified Cameron Joshua, 22, as having attended the private downtown Houston party where Takeoff, whose real name is Kirsnick Khari Ball, was shot & killed early Nov. 1. Investigators believe he was among the dozens who witnessed his death outside the third-floor 810 Billiards & Bowling business.

The criminal charges against him stem from a tipster claiming that she spotted Joshua with a gun & that he racked it amid the clash that led to 28-year-old Takeoff’s death. The allegation, if true, suggests that Joshua had violated his bond conditions & possessed a weapon despite having a felony grand theft conviction out of California.

He was arrested Nov. 22 with unlawful carrying of a weapon & felon in possession of a weapon while out on bond for 2 pending, unrelated cases.

Joshua’s defense attorney Christopher Downey attempted to quash swirling rumors, mostly fueled by social media speculation, that his client played a role in the rapper’s death. Takeoff was part of the trio behind songs such as “Bad and Boujee” with relatives Quavo and Offset.

Joshua's attorney Christopher Downey said he believes if the district attorney thought Joshua was involved with the shooting, his charges would have been different.

A man & woman were wounded in the shooting but their injuries were not life-threatening.