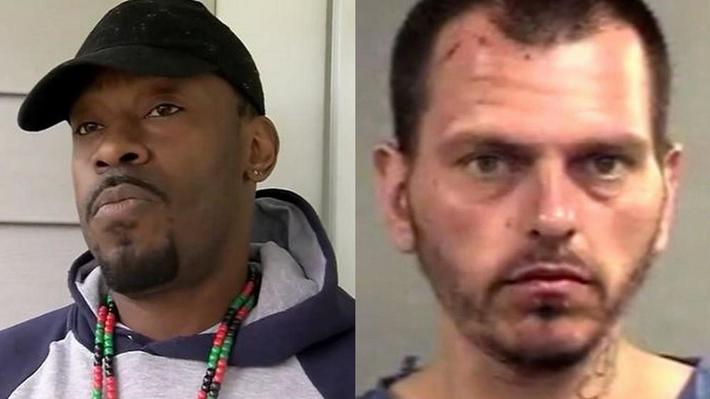 (Fox6 Now) LOUISVILLE, Ky. -- A family says a man broke into their home and started undressing in a 12-year-old girl's bedroom. He's facing a litany of charges and recovering from gunshot wounds.

"It was early early in the morning when my daughter text my phone and she told me someone was in her room. We ran out the room and there he was, standing right there in the kitchen," said the female homeowner.

"Half naked," said the male homeowner.

As it turned out, the stranger in her room at 7 a.m. Sunday, April 14 was a next-door neighbor. The child's family moved to the home near Homeview Drive and Montana Avenue two weeks prior. They said the neighbor broke in through the front door.

"She was really smart. She hid under the cover, turned her light down, turned her volume down on her phone to text me and then she peeked out from the cover to see where he was at, and she got up and she ran away," said the female homeowner.

Police said 38-year-old Donald Oliver Jr. has a long history of convictions for drugs, trespassing and fleeing police. In 2001, he pleaded guilty to sexual misconduct. Court records showed he got a 15-year-old girl pregnant.

"He got undressed in my daughter's room. Like, what were your intentions? Like, you are sick," said the female homeowner.

Oliver Jr. was in a wheelchair as he made an appearance in court Monday, April 15 to be arraigned. Bond was set at $50,000.

"I told him get out, and he didn't want to move, and he growled at me. He growled. He ended up getting six shots, period," said the male homeowner.

No charges were filed against the homeowner.

Police said as Oliver Jr. stood in their home, undressed, he dropped a small bag of suspected heroin.

"I'm not going to let anybody run me out of my home. We're going to stay here. I just hope everybody knows leave this house alone," said the female homeowner.

The family said they never met their next-door neighbor until that morning.