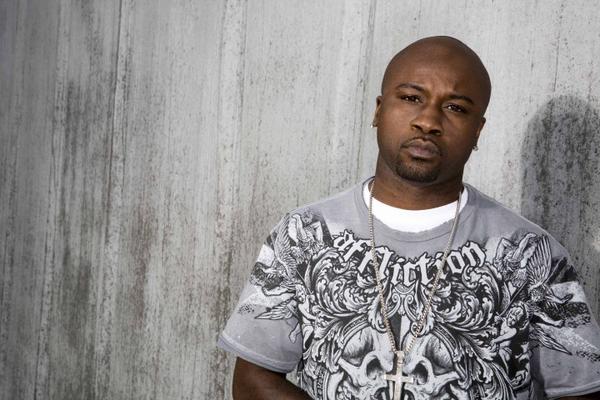 Back in April a series of tweets were sent out from Havoc of Mobb Deep's Twitter account aimed at his longtime partner in rhyme, Prodigy. The tirade included accusations of Prodigy being a homesexual. And an invitation to a one on one fight between the two was offered.

Read what was written below.

@prodigymobbdeep we got a meeting, lets see if u built to show ur face. prodigy a bItch and I’m gonna show it, follow!! ground breaking new. i got n*ggas in the jail system to to back up that prodigy was f*cking homes in jail. prodigy prove me wrong! please. i have a big announcement…. and n*ggas that was locked wit him know the truth. now i will silence…. and let the jails take care of the rest. thats on everything, i had to smack P ask him. prodigy u pussy! u long island a$$ b*tch. I’m about to expose u! i can’t wait till n*ggas in jail that was wit u back my sh*t up!! next time i see u , u getting layer out, on camera!! i can’t wait! how u say u live in jersey, but right there in queens??? I’m on top of u… pause… foot on thy neck!!! in a minute…. n*ggas that was in the jail wit him gonna blow him up first hand.!!!! prodigy a hider not a rider. nothing hacked P homo y’all. no hack this havoc. P IS HIDING!!! IM GONNA SHOW U P GETTING KNOCKED OUT!!!!!!!!!!!! WATCH HE TRY TO DODGE ME!! THINK ABOUT IT… HOW COULD HE SAY,,, QB MURDERERS ??? LETS DO A ONE ON ONE!!!!! ME AND P!!! HE SO BUTTTT HE WILL AVOID!!!! OH, ONE MORE THING, HE THINK HIM AND RIHANNA GETTING MARRIED!!!! LMFAOOOOOOOO. THIS50…. HOLLA AT ME XXL HOLLA AT ME P A FAKE JAY Z HOLLA BACK!!!!!

Mobb Deep fans were understandably confused wondering what was going on with one of the longest running rap groups in history.

A day later Havoc denied sending the tweets. He blamed them on a hacker who had found his lost phone. He then released the statement below.

“Just getting back into NY after my Easter weekend with family and friends in Jersey,” the release said. “I left my phone at a gas station yesterday evening while on my way to Jersey after a glorious Knick’s game. To all Mobb Deep fans: it’s business as usual! It’s Mobb Deep all day!!! My twitter account @THEREALHAVOC will be down until further notice. The only other real account is @PRODIGYMOBBDEEP. Ignore the rest. One!” 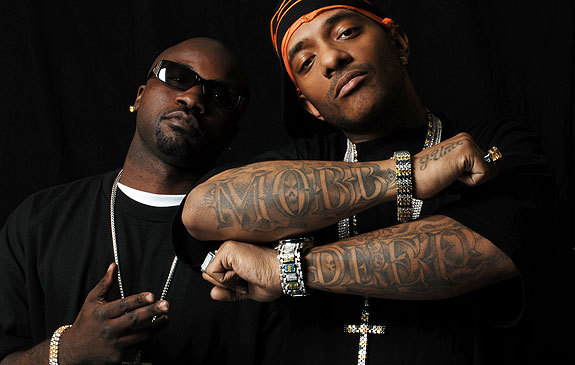 Today, Friday July 27th in an interview with AllHipHop, Havoc is coming clean and admitting to sending the tweets. He blamed them on being angry, but added that Twitter was the wrong place to air Prodigy out.

"The tweets is crazy. I believe that Twitter is not a place to resolve any kid of beef that you have with anybody," Havoc said. "So those are the reasons why I retracted my statement because I have love for the fans. I was speasking from a standpoint... I was mad. But still being truthful with how I felt, but it was just the wrong thing to do at that time because it was just like out of nowhere. That's what people thought," Havoc continued. "I think that that was irresponsible at the time. And there was a better way to roll out how I wanted to get my point across. And it didn't make me look good. Because for me to have to retract my statement. Sometimes you gotta just man up to it. And it's like people go through sh*t. And then a lot of people be going on Twitter. And a lot of people be going through sh*t where they have to say, 'OK my bad.'"

Havoc went on to say that he loves Mobb Deep and the fans. However, he didn't sound 100% sure about the future of the group. 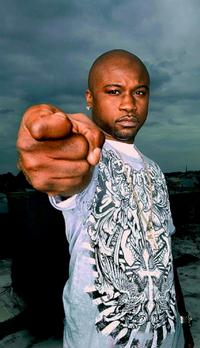 "I love Mobb Deep, and even more than that I love the fans even more because without the fans we wouldn't be here," he told AllHipHop. "Everything I do is for the fans. Right now Mobb Deep is on hiatus indefinitely until things get hashed out. Eventually the real story will come out. There's two sides of the story, only one has been spoken for up to this point."