Harvard To Offer Class On HBO Series 'The Wire' 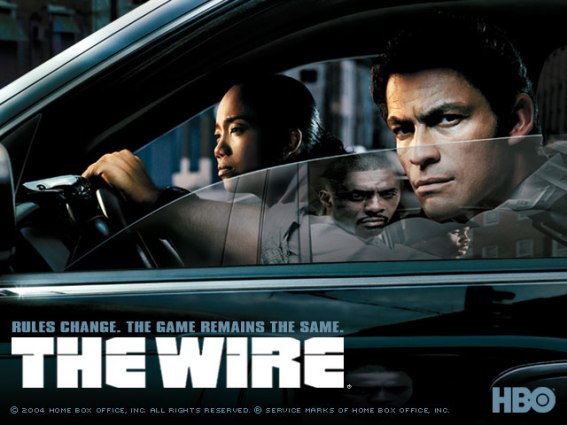 Harvard students will be able to watch the “The Wire” for class credit next year.

At a panel last night, stars of the HBO hit series joined Harvard professors in discussing the applications of the show—which depicts the struggles of urban life in Baltimore—in understanding and combating real urban social issues.

“‘The Wire’ has done more to enhance our understanding of the systemic urban inequality that constrains the lives of the poor than any published study” Sociology Professor William J. Wilson said.

African American studies chair Professor Evelyn B. Higginbotham said that there would be a new course in which Wilson will use “The Wire” as a case study for poverty in America.

“I’m going to do whatever I need to do to get into that class. I’m excited,” said Martin A. Kessler ’13.

Attendee Sarah V. Chace ’80, who is also a fan of the show, said she already uses “The Wire” as a case study in a class on community leadership she teaches at Albertus Magnus College in New Haven. She said she came to the event to hear more about how other academics and the actors view the role of “The Wire” in depicting urban life.

The show’s enthusiastic fan base contributed to the excitement surrounding the sold-out event, which was sponsored by the African American Studies Department and two local charitable organizations, the Boston Foundation and the Ella J. Baker House.

“It’s probably the best form of media I’ve ever seen, TV or film,” said Brian D. Goldstein ’04, who now studies at the Graduate School of Design.

Panelists encouraged audience members to internalize these harsh realities of the real world problems that the show depicts and actively work to solve them.

“Everything we’re doing to make the world a better place is really for our kids,” said actor Michael K. Williams, who played stick-up artist Omar Little on the show. “Our kids are dying in huge numbers. It’s the real wire.”

Sonja Sohn, who portrayed detective Kima Greggs, described the work of Rewired for Change, the non-profit she started with other cast members to help at-risk youth in the areas of Baltimore depicted in “The Wire.”

She encouraged audience members to make similar changes in the communities they learn about through “The Wire” and the new Harvard course.

“Become a part of these communities. These circumstances will not change if you do nothing,” Sohn said. “Get it moving. Get it popping. Get up off your butt and do something.”