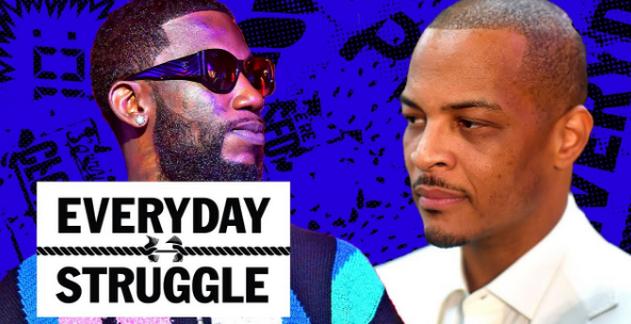 On Wednesday’s (Oct. 9) episode of #EverydayStruggle, Nadeska, Wayno and DJ Akademiks kick off the show giving a quick recap on yesterday’s EDS interview with Brooklyn rapper Young M.A. Soon after, the EDS trio debates the top 50 Atlanta Rappers list that recently surfaced online and has Gucci Mane and 21 Savage mad. Then, the crew shares their thoughts on T.I.’s top 50 rappers list of all-time, and further the conversation with answering a fan question about Andre 3000 and his status in rap. Later in the show, the EDS squad weighs in on Waka Flocka’s reaction to the Atlanta list in their ‘Big Facts or B.S.???’ segment. Soon after, the EDS trio share their thoughts on Drake’s dad revealing how he feels about Drake’s lyrics and their past relationship. To close out the show, the EDS crew recaps the winners of the 2019 BET Hip-Hop Awards, and shout out City Girl J.T for being released from prison after a year-long bid.