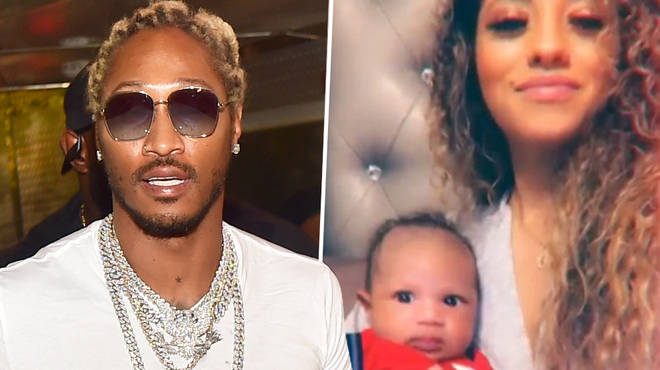 Report via TMZ -- Future's pulling out (figuratively speaking, that is) all the stops to ghost a new alleged baby mama ... so she claims in a new paternity case alleging he's fathered his EIGHTH CHILD!!!

Cindy Renae Parker has filed legal docs in Nueces County, Texas alleging Future is the father of her 3-month-old son, Legend Ary Wilburn. No, you didn't read that wrong. Anyway ... according to docs, obtained by TMZ, Cindy claims she's made repeated attempts to serve the rapper with papers, but to no avail.

Sources with direct knowledge tell TMZ ... Cindy says Future agreed to a paternity test but then he went radio silent on her when it came time to get it done. We're told taking Future to court was Cindy's last resort and she wanted to solve this amicably and on their own.

Our sources say Cindy got a judge's permission to serve Future's lawyers in his home state of Georgia ... because cause he's harder to track down than Jimmy Hoffa.

This baby mama drama, of course, is becoming a ritual of sorts for Future. TMZ broke the story ... nearly 2 months ago to the date, Eliza Seraphin filed legal docs in Florida alleging he fathered her 6-month-old daughter.

Eliza, like Cindy, alleged Future ghosted her after she gave birth in April. That case is still pending. No word if Maury Povich has volunteered to offer his services.

We've reached out to Future. So far, no word back.