Floyd Mayweather Jr. Fires Back At Adrien Broner After Being Dissed "The Best Name For Him Is Not 'The Problem,' It's 'Snake'" (Audio/Video) 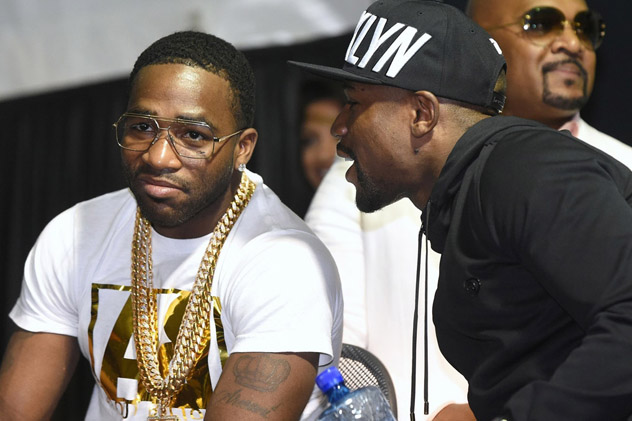 Video And Audio After The Jump

There was once a time when boxing pundits thought Adrien Broner (34-2) would be the sport's next big star once Floyd Mayweather Jr. retired. That could still happen because the talent is there, but after going undefeated in his first 27 pro bouts, the four-weight world champion has lost twice in his last six fights.

AB is still adjusting to fighting bigger opponents as he's moved up in weight. He's also has struggled while attempting to use the "shoulder roll" defense that Mayweather mastered, causing him to take more punishment than necessary. It's not surprising that Broner has attempted to mimic Money May inside the ring because he idolized the undefeated, retired former champion. In turn, Mayweather took the Cincinnati fighter under his wing.

That friendship appears to be over now as Broner prepares to face Mayweather Promotions boxer Ashley Theophane (46-6) on April 1st.

The Problem released a video last week taking shots at Mayweather for criticism he received for tossing money in the air inside a Walmart.

"I been seeing a lot of blogs and motherfuckers been hitting me up talking 'bout Floyd talking about me ... again. Not once. This has happened on multiple occasions," Broner says in the clip. "This goes back to what I say. Real niggas don't do this type of shit, bruh. I'm starting to feel like I'm a threat to you big bruh, and I don't like that. But, I'm starting to feel like you're saying fuck me, so it gotta be fuck you." 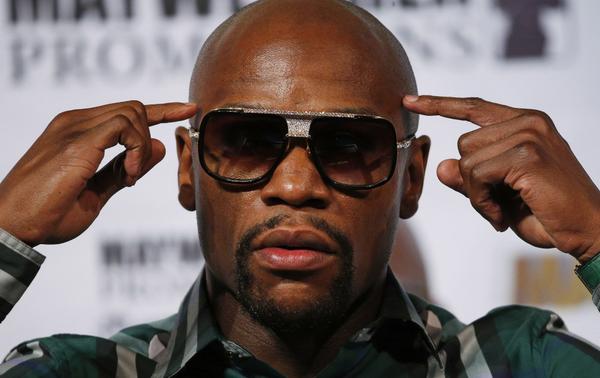 In a new interview with FightHype.com, Floyd fires back.