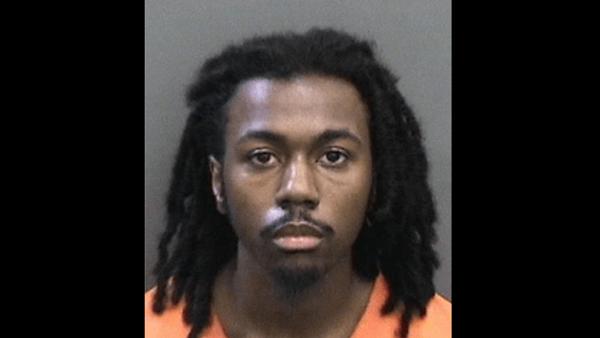 A Florida rapper was arrested over the weekend after police said he shot and killed two men following a music recording session last week.

Billy Bennett Adams III, who goes by the name Ace NH, spent Thursday evening recording new songs with the victims in a makeshift recording studio in Lutz, about 15 miles north of Tampa, the Hillsborough County Sheriff’s Office said in a news release.

After the session was done, the 23-year-old shot the two men and fled in his car, evading arrest for two days before cops busted him on Saturday, authorities said.

Adams was charged with two counts of premeditated first-degree murder with a firearm and one count of armed burglary of a structure.

His motive is still under investigation, but police believe the shooting was the result of a gang-related feud. The accused killer and one of the victims “self-identify” as members of the “Crips” gang on social media, according to the release.

“This was a violent execution this suspect performed, and although the attack was clearly targeted, we will not allow gang-related disputes to disrupt the comfort and safety of innocent residents in any of our communities,” Sheriff Chad Chronister said in a statement.

“Our deputies responded to the crime scene in less than five minutes the night of the murders, and due to their diligent work around the clock to solve this case, detectives arrested the suspect responsible in less than 48 hours,” he said. “It is clear that this suspect had no regard for human life, and now he will face the consequences for his actions.”

Adams, who’s being held without bond, released several albums in recent years, including one titled “Life Goes On” that came out this year, as well as numerous singles, according to Spotify.

The victims’ names have not been released.